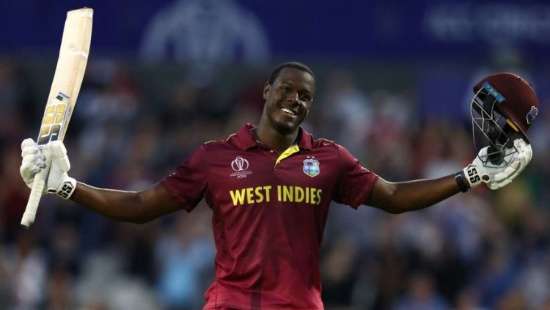 West Indians Carlos Brathwaite and Evin Lewis were among the overseas players who secured top dollar at the Player Draft for the third season of the Lanka Premier League (LPL) which starts later this month.

Brathwaite and Hasaranga will form a formidable partnership for the Kandy Falcons franchise, which has had the most significant upgrades among the respective squads, following two disappointing seasons.

Having retained just one player from last year’s squad, Kandy have drafted another West Indian all-rounder in Fabian Allen, and the young exciting talent Dewald Brevis of South Africa.

Hasaranga was a key part in the Jaffna franchise winning both LPL tournaments, and his departure will be a big loss to the Kings, but having retained Maheesh Theekshana they also signed all-rounder Dunith Wellalage.

Jaffna have invested heavily in South African veteran Hardus Viljeon, drafting him in the second highest catergory for international players — a similar figure being splashed for all-rounder Dhananjaya de Silva.

Twice beaten finalists the Galle Gladiators and their captain at both those finals Bhanuka Rajapaksa have parted ways, with the batsman joining the Dambulla Giants under the leadership of Shanaka.

The Gladiators continue to have a strong presence of Pakistani players, with Faheem Ashraf, Azam Khan and Sharfraz Ahmed teaming up with Wasim, with the other two overseas player slots going to Janneman Malan and Qais Ahmed.