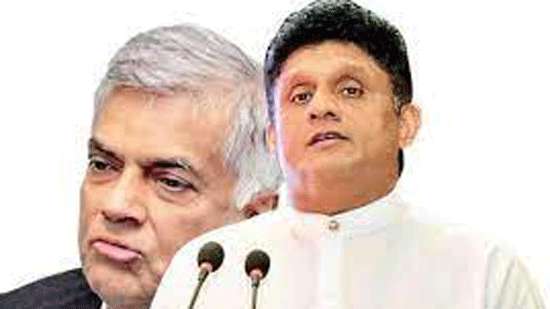 A verbal battle between Prime Minister Ranil Wickremesinghe and Leader of Opposition Sajith Premadasa rocked Parliament today with Speaker Mahinda Yapa Abeywardene warning  that he would have to suspend the sessions if  the agenda is not followed.

Mr. Premadasa who insisted that he has the right to reply to the Prime Minister irrespective of the agreed agenda said the latter had done the usual by talking about the bankrupt status of the country.

Sajith –  “Prime Minister has failed as he has ended up talking of the economic downturn of the country. He had failed to come up with any solution to the long queues to purchase fuel and gas. It was the government which was led by Mr. Wickremesinghe that banned the Qatar charity fund. Now the government is going with the begging bowl to purchase fuel.”

Sajith –  “My father made Mr. Wickremeisnghe the ceremonies head of his 200 garment factory program. It was my father who gave opportunities to Mr. Wickremesinghe.”

Ranil – “I was never the Minister in charge of appeal industry under President Premadasa’s cabinet. It was U. B. Wijekoon who was in charge of apparel industry.  Sajih and others don’t know how to capture power. One has to grip the power and then hold on to it. You cannot come to power by holding placards. I request Mr. Premadasa and others to come join me an I will teach them political lessons.”

Sajith – “We  have thought a good lesion to Mr. Wickremeisnghe. His party was reduced to nothing and he was able to come to Parliament from the national list. He later got a kana chance and become the Prime Minister.”

Ranil – “I am the one who saved Mr. Premadasa's father from the impeachment.” (Yohan Perera and Ajith Siriwardana)