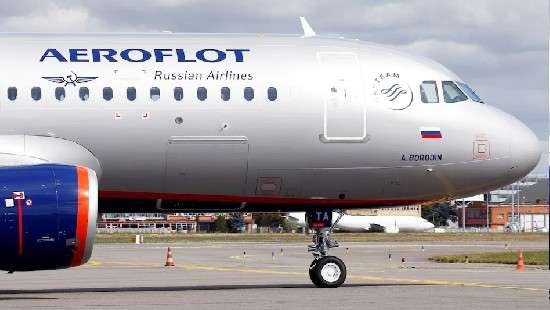 Pin
Share With Your Friends!
FacebookTwitterWhatsAppMessengerRedditLinkedInCopyShare
The Colombo Commercial High Court today fixed for July 15 to deliver its order regarding the Attorney General's request to dismiss the case filed against the Russian Aeroflot flight.
Although this case was initially heard before Colombo Commercial High Court Judge Harsha Setunga, it was called yesterday before High Court Judge Sumith Perera.
Additional Solicitor General Sumathi Dharmawardena PC appearing for the Airport and Aviation Services Ltd (second defendant) moved court to reject this plaint since the Russian Aeroflot flight has left the territorial jurisdiction of the court. He moved Court to dismiss the plaint in terms of section 56 of the Civil Procedure Code since there is no cause of action to proceed with the plaint.
On June 6, the Colombo Commercial High Court issued an order suspending the operation of Enjoining Order previously issued against Russian Aeroflot flight, after taking into consideration facts presented by parties including the Attorney General to effect that the Enjoining Order had been obtained by misleading the court and misrepresentation of facts.
On June 2, the Colombo Commercial High Court issued an Enjoining Order preventing a Russian Aeroflot flight from taking off within the territorial jurisdiction of Sri Lanka pursuant to a request made by Celestial Aviation Trading Limited in Ireland.
Celestial Aviation Trading Limited in Ireland obtained this Enjoining Order against Aeroflot Russian Airlines for its failure to comply with the terms of a Lease Agreement between two parties.
In this application, the plaintiff company had named the Public Joint Stock Company-Aeroflot Russian Airlines and N.C. Abeywardena Acting Head of Air Navigation Services as the defendants of the petition.
Avindra Rodrigo PC appeared for the plaintiff. Additional Solicitor General Sumathi Dharmawardena PC with SDSG Mahen Gopallawa and DSG Rajiv Gunatilleke appeared for the second defendant. (Lakmal Sooriyagoda)
Share With Your Friends!
FacebookTwitterWhatsAppMessengerRedditLinkedInCopyShare