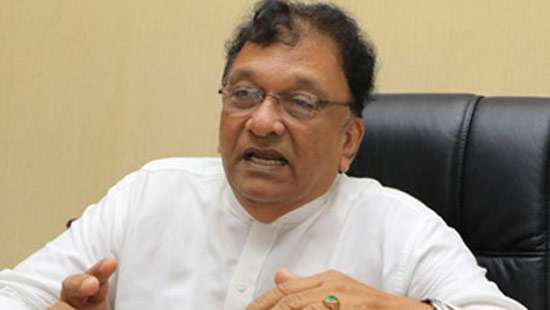 The Samagi Jana Balawegaya (SJB) said Sri Lanka does not want an ‘Arab Spring’ which would sink the country into a hell on earth and called upon President Gotabaya Rajapaksa to quit forthwith preventing a possible tragedy of untold proportions as anger, detest and rejection of him by an entire nation was gathering momentum by the day.

Chief opposition whip and senior vice president of the SJB, Lakshman Kiriella said the chorus of over 22 million Sri Lankans living in and out of the country that represent the Maha Sangha, the Catholic Church, Hindus, Muslims, doctors, engineers, the University teachers, farmers, the working class, public servants, school teachers, private sector employees and even three wheeler and bus drivers was Gotabaya Rajapaksa must be stopped from driving the country and nation to further disaster.

“History repeats itself. The most cruel and sadistic megalomaniac dictator the world knew was Adolf Hitler. When public anger was mounting against him in and out of Germany towards the final stages of WW II and Soviet forces were approaching Berlin, he committed suicide in his bunker by swallowing cyanide and shooting himself, his wife Eva Von Braun and the pet dog on April 30, 1945. His confidante and accomplice of war crimes Benito Mussolini was brutally killed by Italians on April 28, 1945 in Northern Italy and even spat on his body that had been dumped in a drain. In recent past, the strong man of Libya, Muammar Gaddafi was beaten, tortured and summarily murdered on October 20, 2011 in Sirte during the Arab Spring and his mutilated body was found on the roadside. The world history is abound with similar tragic, and violent mass revolts that brought a painful, tragic and degrading death to kings, dictators and other rulers who did not listen to the public demand. The SJB’s fervent request to President Rajapaksa is not to turn Sri Lanka into a similar disaster and tender his resignation not tomorrow but today because tomorrow may be too late,” Kiriella stressed.

History says that even the armed forces and the police may have no option in such a situation but to join the protesters to put an end to the cursed system, he added.

It is obvious that the IMF would not approve substantial financial assistance to Sri Lanka. Other top global financial agencies such as the ADB and the World Bank and donor countries like India, China, Japan, the US, EU countries and Korea would take a similar stance. They want a comprehensive debt restructuring programme approved by Sri Lanka’s creditors of US$ 51 billion. The Gotabaya Rajapaksa regime that is rife with incompetency, impotent and has proven to be failure after another failure and is not capable to meet parameters laid down by the IMF and donors. That is why an entire nation demands that Gota Go Home, he said.

Gotabaya Rajapaksa claims that he has a mandate of 6.9 million voters. But it is doubtful that whether he commands the confidence of a mere 69 voters today, leave alone millions. It is sad to witness that millions of Sri Lankans plead for lightning to strike heads of the President and ministers who have brought Sri Lanka to the current predicament.

The President in an adamant and aggressive tone says that he would not leave the Presidency until he completes his full term of office. That means he is determined to put the lives of over 22 millions Sri Lankans through further misery, hardships and hopelessness. Will the people of Sri Lanka let him to do this? Kiriella asked. (Sandun Jayasekera)