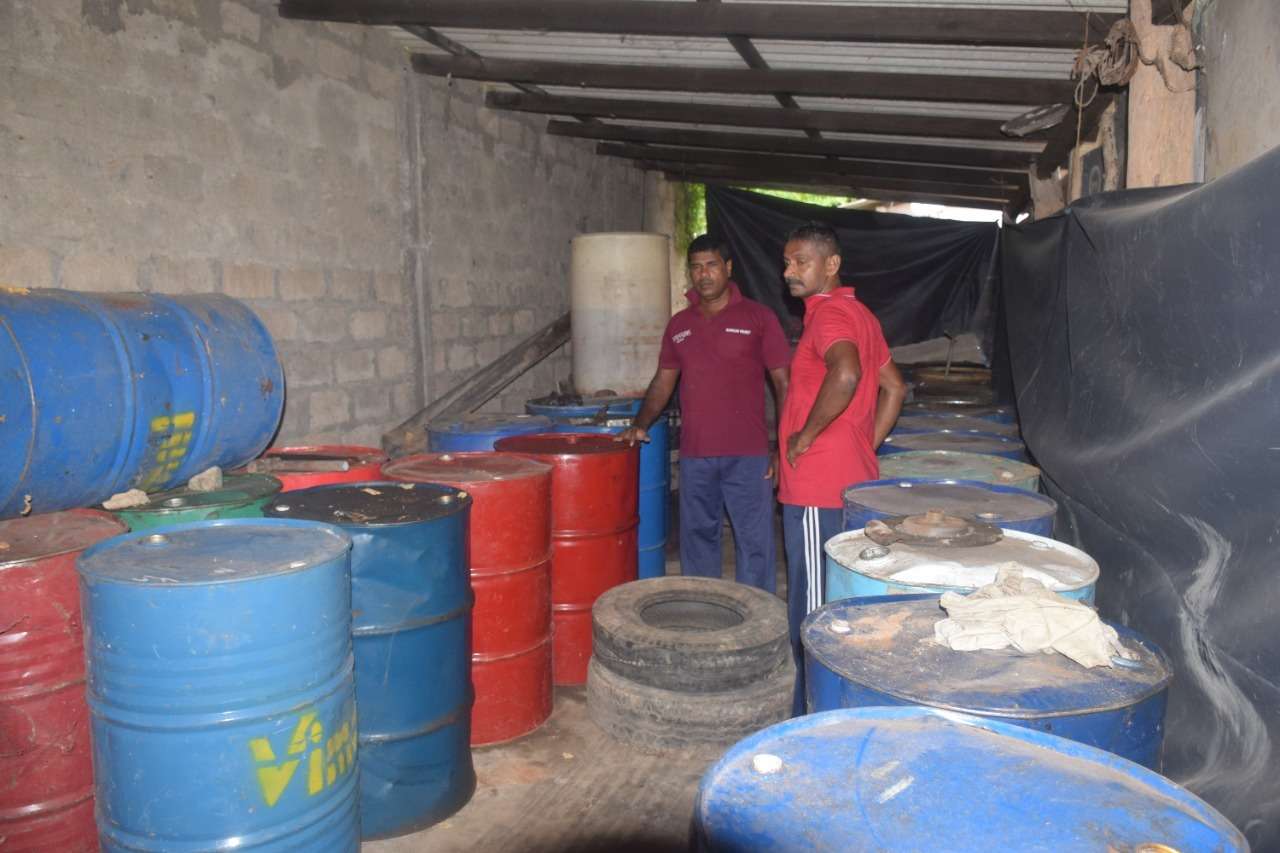 A 25-year old man had been arrested for the illegal possession of fuel including 6,400 litres of diesel during a raid in Kilinochchi this morning.

Police said the raid was conducted based on information received by the Kilinochchi Police.

Police recovered 35 barrels containing 200 litres of petrol, 6,400 litres of diesel and 25 litres of kerosene while it was illegally hidden in a garage of a house without a permit.

The arrested suspect will be produced before the Kilinochchi Magistrate's Court tomorrow. 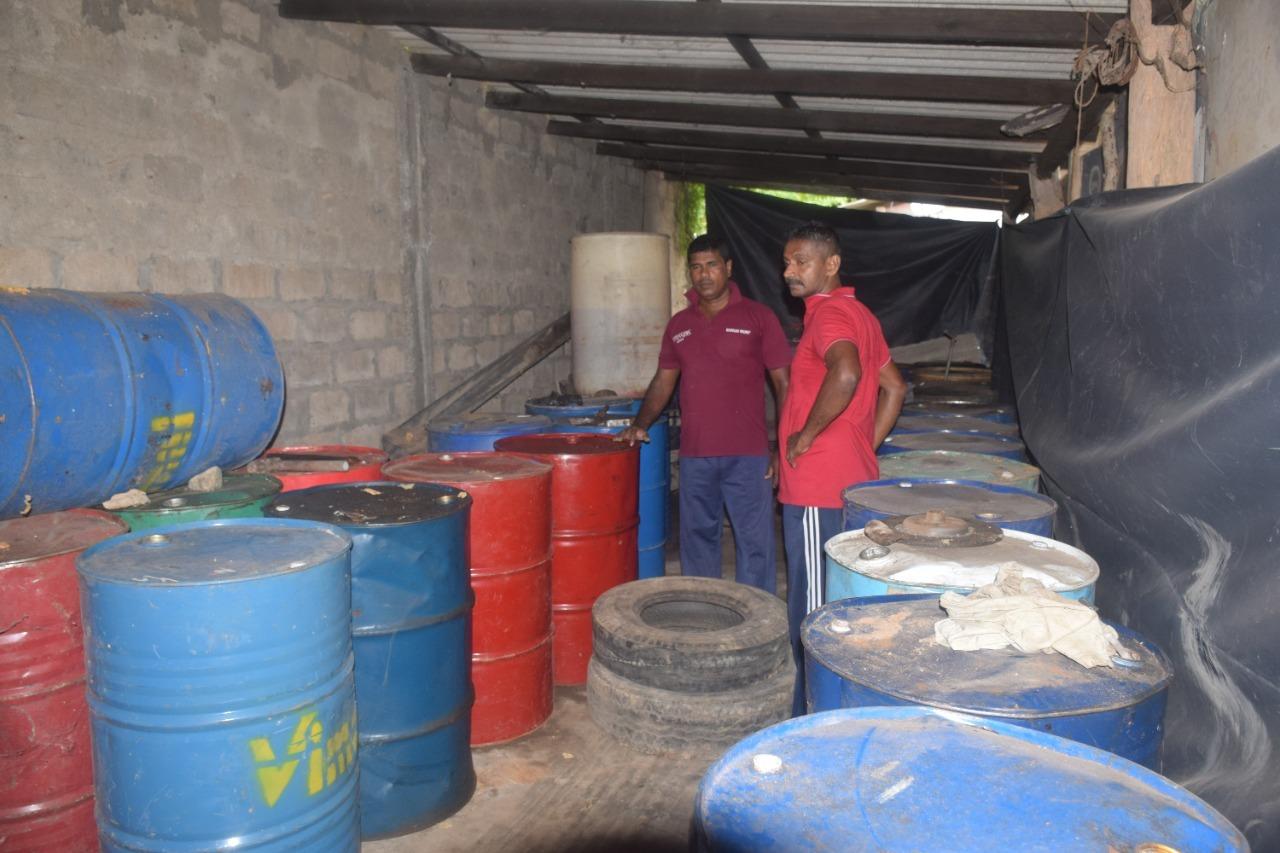