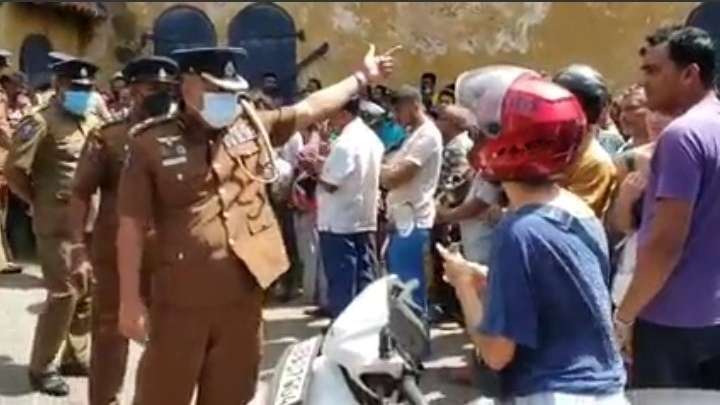 Sri Lanka Tourism Development Authority (SLTDA) yesterday lodged a complaint with the Inspector General of Police (IGP) over an incident involving a Police Officer and a tourist at the petrol shed in Galle on Friday.

SLTDA Chairman Priyantha Fernando said a video is being circulated on social media showing a senior police officer refusing to allow a tourist on a motorbike to get fuel from the shed in Galle.

“This video clip has been in circulation reaching millions of people not only in Sri Lanka but in most foreign countries. It has created a major negative impact from a tourism perspective surmounting unrepairable damage at a time when we are doing our very best to ensure that tourists do not undergo any harassment and inconvenience in spite of the economic difficulties that we as Sri Lankans have to undergo,” the Chairman said in a letter to the IGP.

I am certain that you will agree with me that tourism is an important industry that is capable of generating the much-required foreign exchange earnings for Sri Lanka. It creates direct and indirect employment opportunities for almost 4 million Sri Lankans. The manner in which the Police Officer conducted himself is disgraceful and reflects negatively on the entire Police Force of Sri Lanka, the letter further stated.
The Chairman said he has requested the SSP Nawaz who is in charge of the Tourist Police to take the necessary steps through the Tourist Police to ensure the safety and minimal inconvenience to tourists while in Sri Lanka.

“In a bid to mitigate the damage that is being caused and to counter the damage, thankful if you could make an official statement for which maximum publicity will be arranged. It could be either a written statement or a video recording that could be disseminated on YouTube and other social media platforms,” he told IGP in his letter.