A temporary grandstand at the Galle Stadium has collapsed in Galle as winds swept across the ground before day two of the first Test between Australia and Sri Lanka.

The roof of the stand gave way in the wild weather, minutes after the Australian team arrived at the ground.

The stand had been fully occupied yesterday but no one had been present when the collapse had taken place.

The entire field was covered, with ground staff using tyres to weigh down the tarps in the strong winds. The Meteorology Department had already predicted strong winds in the western slopes of the Central hills as well as in the Western and Southern provinces.

Play on day two has been delayed. 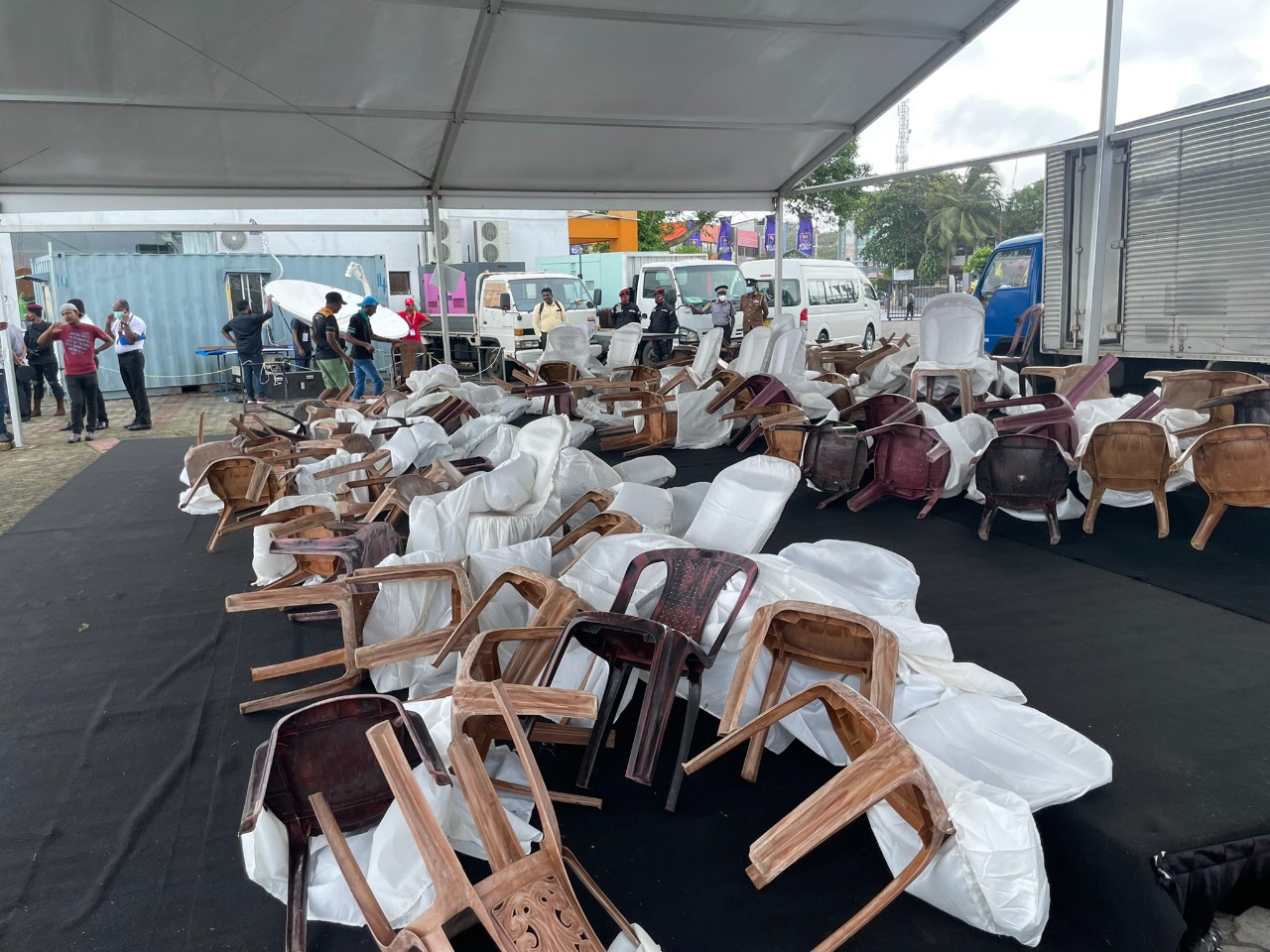 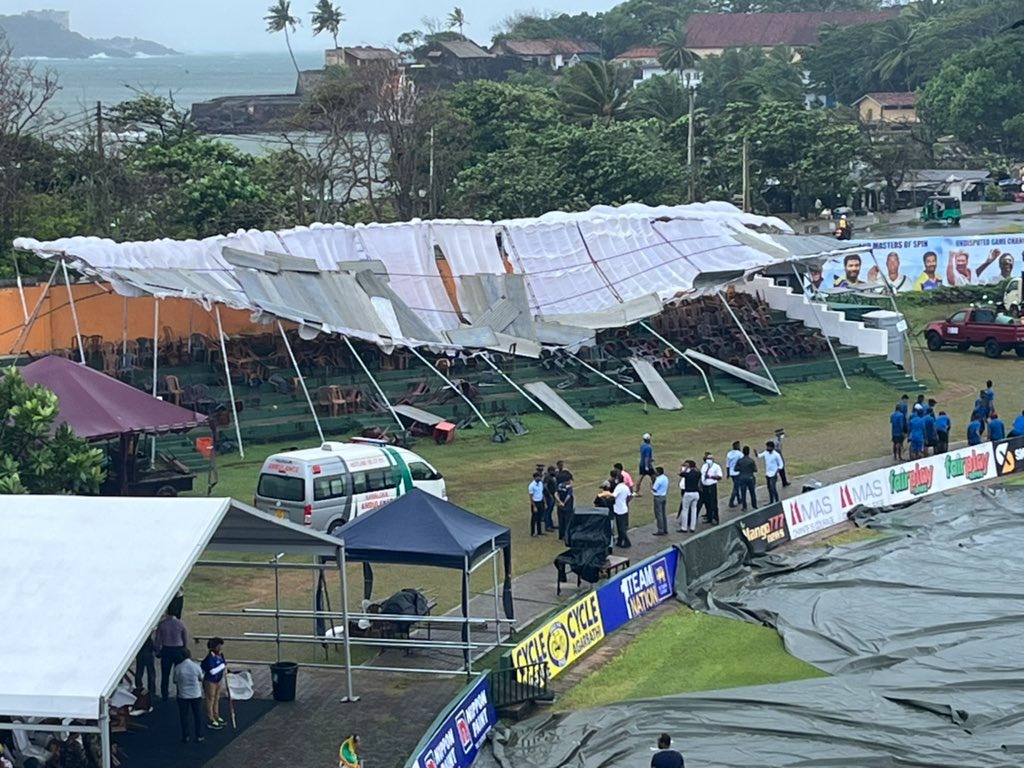