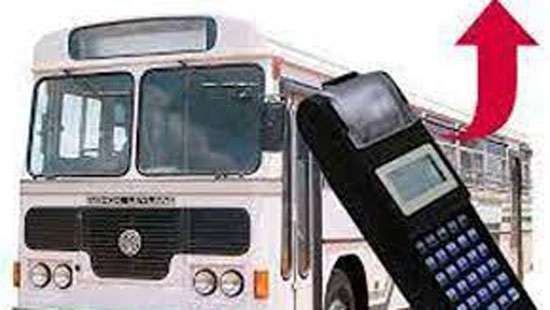 According to the annual interim bus fare revision, the fare has been increased by 22% as of midnight today, according to National Transport Commission (NTC) Director General Nilan Miranda.

Addressing the media today at the information department, he said the minimum bus fare will be Rs.40.

He said the decision was taken considering the recent fuel price hike.

“Bus fares have been increased on four occasions this year alone. During the discussion on Tuesday (28) the private bus owners requested a 30% and 20% fare increase. But with the calculation considering the twelve criteria, the bus fare has been increased by 22%, “he said.

The annual bus fare revision is done on July 1 every year.

“If the fuel prices are increased by more than 10% in the future, the bus fare should be increased accordingly.”

But the bus fare calculation will be made considering the minimum cost, “Miranda said.”

The Sri Lanka Transport Board (SLTB) bus fares will also be raised in accordance with the 22% percent parallel to the bus fare increase that takes effect from tonight. (Chaturanga Samarawickrama)