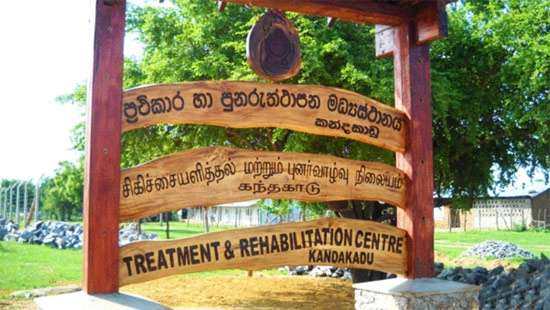 An inmate at the Kandakadu Treatment and Rehabilitation Centre in Polonnaruwa died after a brawl between two groups last night.

Around 1000 detainees are accommodated at the Kandakadu rehabilitation Centre which comes under the Rehabilitation  Commissioner General's purview.

Meanwhile Police Spokesman SSP Nihal Thalduwa said more than 500 inmates reported to have escaped the Centre amidst the clash.

Police and the Army have taken steps to bring the situation under control.

The spokesman said the remaining inmates of the Centre were staging a protest and were not allowing the police or the security forces to enter the Centre.(DSB)