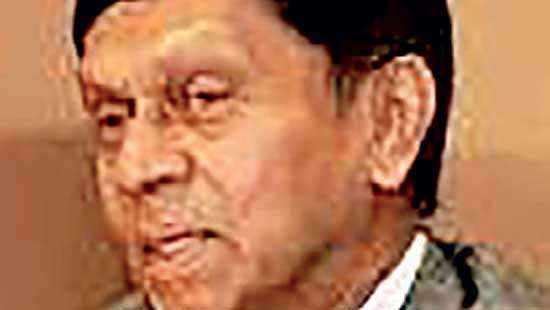 Former Central Bank (CB) Governor Ajith Nivard Cabraal claims that CB has returned to fixing the rupee/dollar exchange rate through the introduction of the so-called ‘guidance’ rate which he views as similar to the fixed rate adopted by the CB under his predecessor Prof.W.D. Lakshman.

Such a move to ‘fix’ the exchange rate seems quite similar to the policy adopted by the Monetary Board chaired by Governor Professor W. D. Lakshman which “fixed” the LKR exchange rate at a range of Rs.199.00/203.00 per US$ from 6th September 2021 onwards,” Cabraal said in a
statement to the media.

However, the CB on multiple occasions has denied claims on attempts to fix the rupee/dollar exchange rate through ‘guidance’ rate, while stressing that it has been decided by market forces.

The CB believes that ‘guidance’ rate has resulted in less volatility and more predictability in the domestic forex market.

Meanwhile, Cabraal defended the sudden decision let the rupee go in March after artificially holding the exchange rate for six months. He noted that the rupee float was recommended by key CB officials and was endorsed by the Monetary Board.

“The decision to allow flexibility in the exchange rate was taken by the Monetary Board of the Central Bank of Sri Lanka based on a Monetary Board Paper dated 7th March 2022 submitted by all three Deputy Governors (Mahinda Siriwardene, Dammika Nanayakkara and  Yvette Fernando), Director – Economic Research Department and Director – International Operations Department.

The Board Paper stressed the need for changing the exchange rate policy immediately in order that the exchange rate acts as a “shock absorber” in the face of adverse developments in the global front on Sri Lanka’s already fragile Balance of Payments, including the increase of the crude oil price to nearly US$ 140 per barrel and the worsening Russia-Ukraine war,” the statement said.

Since then, Cabraal opined that steep policy rate hike as well as pre-emptive default on the country’s external debt to have contributed to the fall of the rupee, which forced the CB to introduce the ‘guidance’ rate.

“After Governor Cabraal’s exit, the Monetary Board chaired by the new Governor Dr. Weerasinghe continued with the “flexible” exchange rate policy, whist the government and the CBSL also took a series of far-reaching decisions which included the decisions to sharply increase policy interest rates by 700 bps from 8th April 2022 onwards, and to discontinue repayments of forex loans and interest from 12th April 2022 onwards. In the meantime, the LKR continued to depreciate to a range of Rs. 364.23/377.50 against the US$ by 12th May 2022,” the statement added.