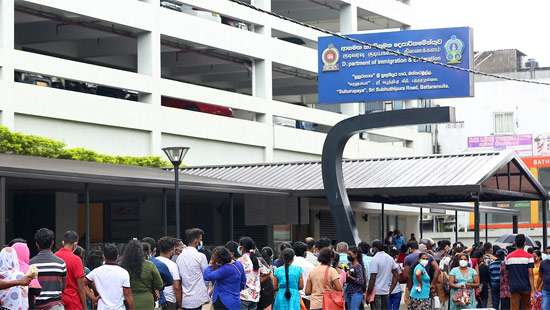 She said usually the average number of passports issued in 10 days is around 10,000. However, the Department has issued more than 3,000 passports per day within past few days, she said.

Meanwhile, although the government has declared Monday (13) as a public holiday, the Battaramulla Head Office and other regional offices of the Department of Immigration and Emigration will be opened as usual on that day, she said.(Darshana Sanjeewa Balasuriya)