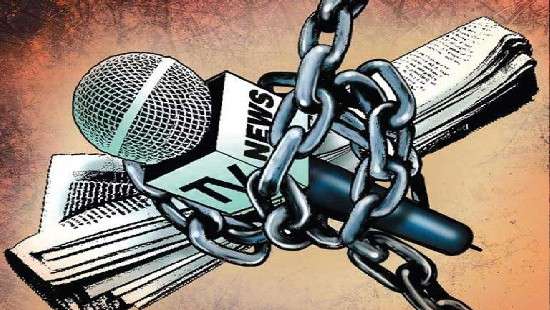 Daily Mirror journalist Jamila Husain was threatened by a group of protestors at the protest in front of SLPP MP Dhammika Perera's house today morning, obstructing the journalist from carrying out her duties.

Some of the individuals who had joined in the protest had approached the journalist while she was on coverage on site clicking pictures and taking videos and had verbally threatened her and later chanted slogans against her on the speakers.

The journalist who tried to calm these individuals by saying she was on coverage, was forced to leave the area as the protestors continued the harassment against her.