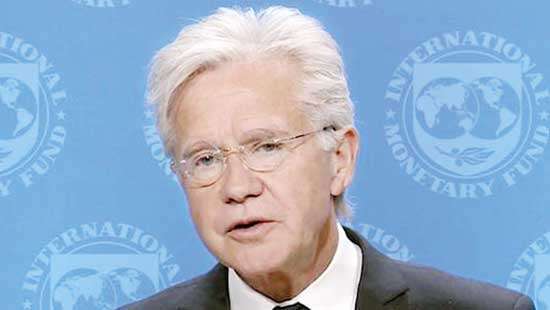 While the government is looking to firm up the negotiations with the International Monetary Fund (IMF), so that it can reach out to the other potential sources of finances to pull the economy out of the current crisis, IMF spokesman Gerry Rice yesterday said the magnitude of the financing cannot be shared as yet. Rice told reporters in Washington this week that it is “too early” for the agency to discuss the magnitude of financing of potential financing or the date for either the staff-level agreement or when it might go to the Executive Board. Rice also said that a date cannot be given either as to when the staff-level agreement with Sri Lanka would come to a close. 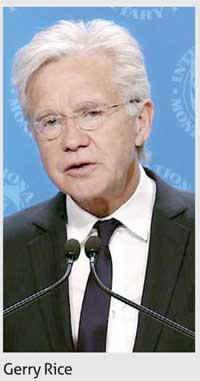 Pin
Last week, former Central Bank Governor and advisor to the government Dr. Indrajit Coomaraswamy said there is a ‘distinct possibility’ that a staff-level agreement could be reached in the next few weeks. It is hoped the deal will be closed within a four to six-week timeframe and much of the national economy depends on the verdict from the IMF.

However, the IMF is not keen on specifying a timeline. “The timing of the staff-level agreement would depend on the strength of the policies the authorities would propose and commit to,” said Rice.

“Our board will need adequate assurances that debt sustainability would be restored,” he added.
The IMF acknowledged that the island nation is facing a “very difficult economic condition and severe balance of payment problems”.

“We are deeply concerned about the impact of the ongoing crisis, particularly the humanitarian concern, that is the impact on people,” said Rice.

Furthermore, an in-person mission to Colombo is due in the coming weeks. The visiting mission will engage in policy discussions on the IMF-supported programme, building further on the technical discussions that already took place in May.

The IMF has placed on record that it has determined that the country’s debt is not sustainable. It stressed that macroeconomic fixes alone would not help pay back debt and a restructuring is essential.