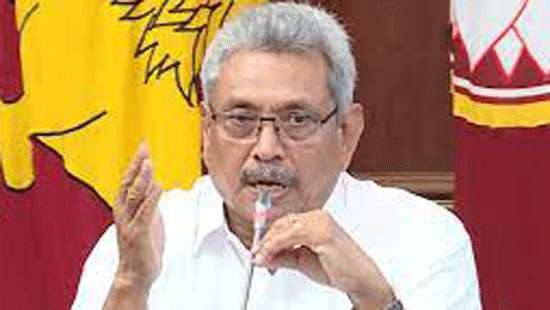 The President made these remarks at a progress review meeting of the Ministry of Tourism held at the President's House,Fort today (10).

More than 4 million people are directly and indirectly involved in the tourism industry. The tourism industry, which had been crippled by the Easter attack and the COVID 19 epidemic, was on the edge of recovery but was reeling from the crisis.

President Rajapaksa said that the tourism sector needs to be rapidly uplifted as it is an important sector that affects the national economy as well as the job security of a large number of people.

The President emphasized the importance of correcting misinformation about the country by Sri Lankan Missions overseas.

The President also instructed to address the fuel problem faced by the people engaged in the tourism industry. The officials
also pointed out the need to address the gas shortage faced by large, medium and small scale hoteliers.

It was also discussed the possibility of tourism industry gaining more attention by promoting our attractive locations for films.