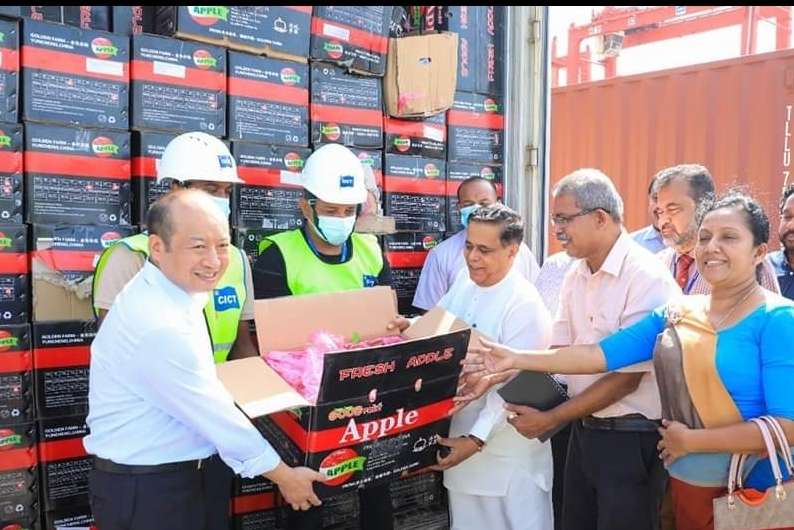 A consignment of apples that was not cleared by the owners was handed over to the Dehiwala Zoological Department today by Ports, Shipping and Aviation Minister Nimal Siripala de Silva.

The apple consignment was lying at the Colombo International Container Terminal (CICT) since last February from China.

“Since the consignment arrived in the country, no one appeared to have made any attempt to clear them from the customs.” Then we spoke to the CICT and decided to hand them over to the Dehiwala Zoo,” “the Minister said.

The Minister pointed out that action should be taken to use the containers loaded with food items detained at customs, which were not cleared by the owners, for some useful activities without destroying them.

According to the CICT Chief Executive Officer, Management Jack Huang said a total of 24,000 kg of apples (nearly 100,000) worth Rs. 200 million were lying in the containers. (Chaturanga Samarawickrama)