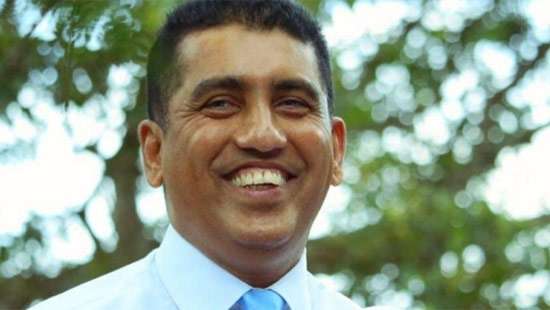 Former Minister Johnston Fernando who was surrendered before the Fort Magistrate this evening was granted bail in connection with the Galle Face attack case.

He surrendered before Fort Magistrate Thilina Gamage at the Magistrate's residence in Maharagama after a warrant for the arrest issued.

He was released on two personal bails of Rs. 10 Million each, and was prohibited from traveling overseas.

The Magistrate also ordered for the MP to report to the CID on a date given to him to provide a statement.