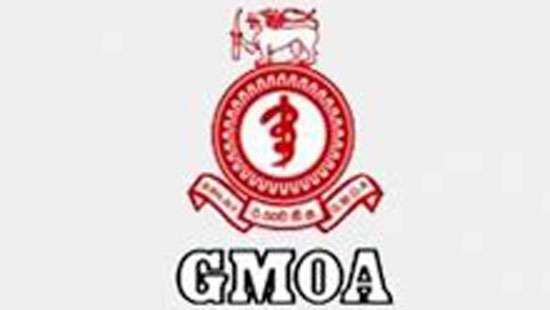 If health workers' salaries are slashed, the Government Medical Officers' Association (GMOA) will be forced to resort to trade union action without prior notice after May 25. GMOA Media Spokesman, Dr. Chamil Wijesinghe said.

Addressing the media yesterday, he said the decision was taken at their central committee meeting.

“Due to the arbitrary actions of a handful of officials in the Health Ministry, the GMOA decided to launch a trade union action after May 25 without any prior notice if such a pay cut is done in any way,” he said.

The GMOA claimed that the trade union action would be staged to protest the government's moves to privatise the National Health Services (NHS).

Dr. Wijesinghe said that several rounds of discussion were held in this regard with requests from the Prime Minister's and Finance Ministry Secretaries, and with the Health Services Director General.

He said the GMOA had urged the relevant authorities to resolve the issues. (Chaturanga Samarawickrama)

The Consumer Affairs Authority (CAA) has issued a special gazette…

The government has granted permission to import 10 essential food…