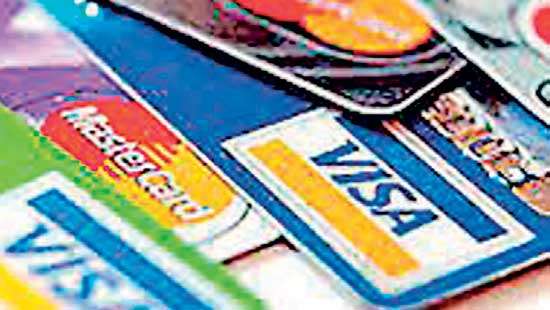 Sri Lankans, whose real incomes are getting hammered on a daily basis from soaring inflation, have turned to their credit cards, as there was a significant jump in the outstanding balance of credit cards in March from a month ago, when the financial and economic misery became more pronounced. 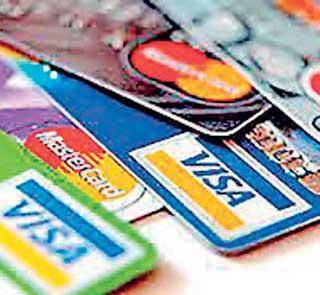 PinAccording to the cards data, the outstanding credit card balance has increased by Rs.3.9 billion to Rs.138.8 billion as of March-end, taking the first three months’ increase to Rs.5.5 billion.

This was mirrored in the banks’ interim results for the March quarter, as they recorded an increase in their card portfolios, which in turn helping them to raise their fee incomes. Although there was a sudden spike seen in the card balances, the steep increase in the interest rates on credit cards could make conditions worse for the cardholders, prompting them to think twice before swiping their cards.

After the Central Bank eliminated the maximum interest rate ceilings on credit cards in the third week of April to reflect the fast-rising interest rates in the economy, the banks soon raised their interest rates up to 30 percent on the cards’ outstanding balance, which came into effect from their next credit cycle.

Meanwhile, the banks are also tightening their credit standards and are declining requests for balance enhancements and requests for new cards, irrespective of the applicants’ credit standing. Some banks do not even provide reasons for the rejection of the request, a very bad practice by them.

However, the banks also face heightened credit risks from their card customers, as they confront wilful defaulters after using the entirety of the balance in the card. Credit card is a clean facility marked by a bank to its clients and no security is typically involved.

In an economic downturn in the likes of what Sri Lanka is facing today, credit cards are the last to be settled after all other loans by the borrowers. Hence, the banks face a higher risk of non-performing loans from credit cards.

Meanwhile, there has also been a significant increase in the number of new cards approved in March. The licensed commercial banks have issued 18,716 new cards in March alone, out of the 38,201 cards issued during the first three months.