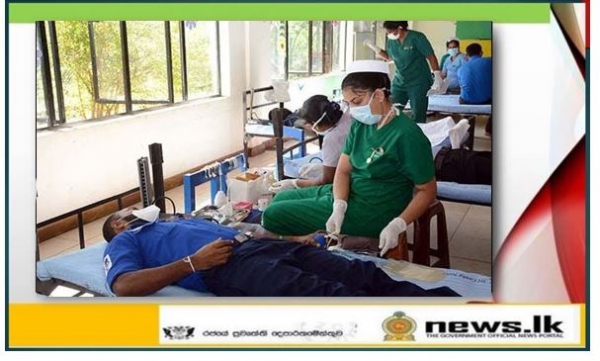 Accordingly, the blood donation campaign organized by the Eastern Naval Command under the supervision of Commander Eastern Naval Area was held at the Preschool of SLNS Tissa on 16th May 2022. The objective of this event was to replenish blood stocks at the blood bank of District General Hospital Trincomalee. Supporting this magnanimous cause a number of naval personnel from Naval Dockyard Trincomalee donated blood voluntarily. Navy medical staff and health staff of District General Hospital Trincomalee ensured the successful conduct of the event.