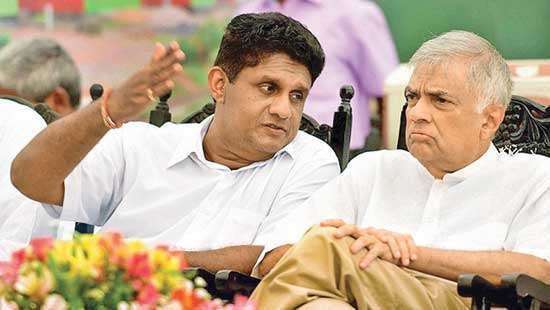 Pin
Share With Your Friends!
FacebookTwitterWhatsAppMessengerRedditLinkedInCopyShare
Prime Minister Ranil Wickremesinghe has invited the Samagi Jana Balawegaya(SJB) to join hands with the new government to resolve burning issues, leaving aside party politics.
In a letter to the Opposition Leader Sajith Premadasa, the Prime Minister invited the SJB to support the joint effort made by them to immediately resolve the burning issues faced by the people and also to stabilize the country economically, politically and socially by obtaining foreign assistance.
The Prime Minister has also sought the Opposition Leader's positive and swift response as the future of the country was facing a serious situation day by day.
Share With Your Friends!
FacebookTwitterWhatsAppMessengerRedditLinkedInCopyShare