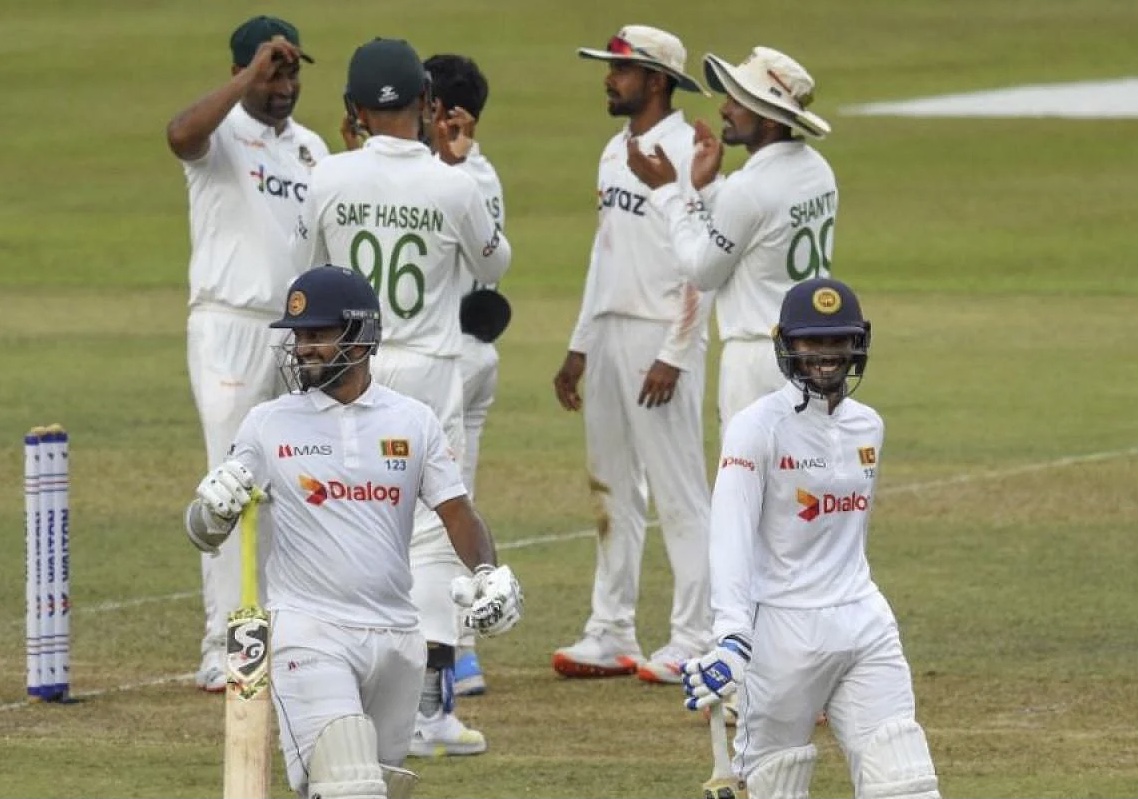 The matches could prove to be a turning point for both sides, with the tourists desperate to make a push up the standings, and Bangladesh eager to stretch the distance from teams languishing at the bottom.

It’s a first assignment for new Sri Lankan head coach Chris Silverwood after his unceremonious end with England, taking over from Mickey Arthur, who enjoyed a successful tenure with the team. Silverwood is supported by assistant Naveed Nawaz, who himself put his name forward for the top role.

While the new coach bounce may invigorate the touring side, a number of fringe players have had the opportunity to impress their new boss, with injuries, absences and the retirement of Suranga Lakmal opening the door for new faces to find their names on the team sheet when the captains meet for the toss.
Lahiru Thirimanne has requested three months paternity leave, Pathum Nissanka is recovering from injury, while Charith Asalanka has been told to focus on limited overs formats. Who accompanies Dimuth Karunaratne at the top of the order remains a big question for the tourists given the absent players, with Oshada Fernando potentially the man to move up. The uncapped Kamindu Mendis, who made his name as an ambidextrous spinner, may wind up in the playing XI more for his batting, after a blazing domestic first class season.

On the Bangladesh side, Mehidy Hasan Miraz is out, with pace spearhead Taskin Ahmed also injured after succumbing to a shoulder injury in South Africa. Shakib Al Hasan, who was down with Covid-19, has tested negative and is in contention for the first Test. However, he will undergo further medical and fitness tests before the final decision is made.

It will be a Test debut for Rejaur Rahman Raja and Shohidul Islam should they be selected.
The last time in Chattogram
The teams played out a run fest at the same ground in 2018, with Sri Lanka compiling 713/9 declared after the home side put up 513 across days one and two.
Kusal Mendis (196) and Dhananjaya de Silva (173) put up a second wicket partnership of 308 to ensure the tourists kept up in the match, with Roshen Silva (109), Dinesh Chandimal (87) and Niroshan Dickwella (62) all relishing in the conditions.
Roshen is the only member of the five not to return for the 2022 series, with Dimuth Karunaratne, Sri Lanka’s form batter of the 2023 WTC cycle, who made a duck in the match.
As will be the case on Sunday, Shakib al Hasan was also not part of the team for their 2018 meeting.

Mushfiqur Rahim (4932) and Tamim Iqbal (4848) are both approaching the 5000-Test run barrier, a first for Bangladesh cricket.

Tamim Iqbal on the lessons from the poor South Africa showing (to ESPNCricinfo): “I am someone who doesn’t give excuses. If it was my fault, I will readily admit that it was my fault,” Tamim said.

Chris Silverwood on his first meeting with the press as Sri Lanka coach: “It’s about instilling the discipline that we can do good things for long periods of time and not getting bored of doing them. It’ll be a gradual process, but if you sow the seed and let it grow, over a period of time you will find that people can do it.”

It has been a season to forget for Chennai Super…