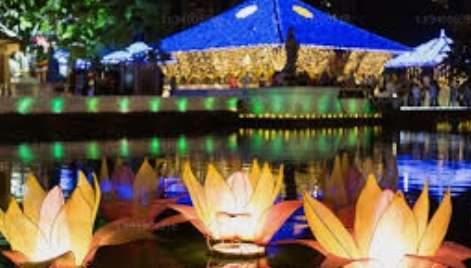 The Public Utilities Commission of Sri Lanka (PUCSL) today said that they had decided not to have powercuts during the Vesak Poya days (Sunday and Monday).

PUCSL Chairman Janaka Ratnayake said none of the thermal power plants have operated during the last few days due to a shortage of naptha diesel and furnace oil.

He said during the past couple of days, more than 45 percent of electricity was generated using hydro power stations, wind power, and mini hydropower stations.

However, a daily five-hour power cut will remain until we get more rain in the future and until the repair of the third coal power plant by May 23, Rathnayake said.

Therefore, people have no need to be afraid of having more than a 10-hour powercut, he said. (Chaturanga Samarawickrama)