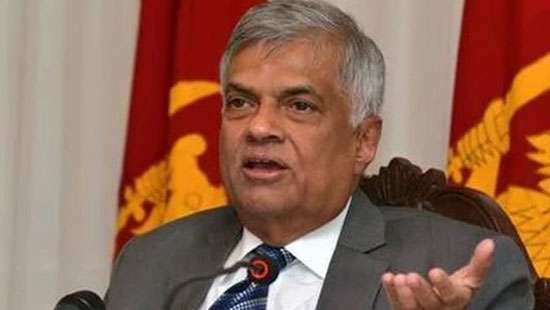 Sri Lanka's foreign reserves have declined to less than US $25 million, former Prime Minister Ranil Wickremesinghe claimed during the weekend.

Speaking to young professionals at UNP headquarters Sirikotha, Mr. Wickremesinghe said the government has lost Rs. 800 billion in revenue and is now facing a Rupee shortage as well.

“We are now unable to pay back our debt. So we must first enact a debt repayment structure”, he stated.

Mr. Wickremesinghe added that the Government must cut unnecessary expenditure and provide whatever relief that is possible to the masses.  While explaining that the costs of items such as fuel will increase if the Government is to increase its revenue.

“Local banks were facing the possibility of collapse due to the outstanding loans taken by the Government. These issues can be resolved within a year or two at the most,” the former Prime Minister added.

Wickremesinghe explained that a system change would require a new approach to education. He said the youth must be assisted financially to pursue these new educational avenues.

The former Prime Minister explained that the cost of the political establishment must also be addressed. He said the focus should be made on allowing more young people in politics.(Yohan Perera )