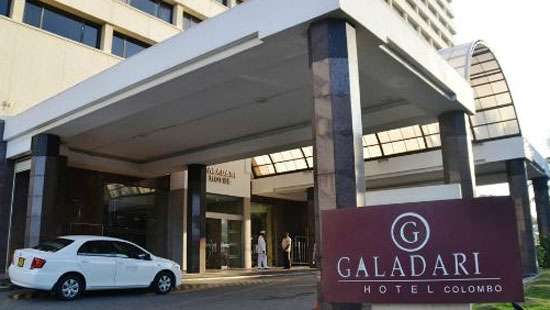 The management of Galadari hotel has categorically denied the misinformation being circulated on social and other media, that the hotel had allegedly voiced criticism against the peoples’ protests that are taking place currently in Colombo.

Whilst reiterating the said denial and without prejudice to same, by way of clarification, the management states that upon being approached by the police to make a statement as to whether any inconvenience was caused to the hotel by the ongoing protests, one of the managers had specifically stated that inconvenience was only caused due to the road closures effected by the authorities on 29.04.2022 by installing barricades obstructing the road leading to the hotel.

At no stage has any statement been given by the management requesting that “Gotagogama” be removed or criticizing/ condemning the peoples’ protests taking place in Colombo and other parts of the country.

Since its inception in 1984, Galadari hotel has always stood by the people of Sri lanka and will continue to do so, unconditionally.

Therefore, the management kindly requests that all concerned parties desist from making any defamatory, false or misleading statements and/or baseless accusations against the hotel or its staff.

Minister of Mass Media – Bandula Gunawardana has been appointed…

The Bar Association of Sri Lanka (BASL) has expressed concern…

Litro Gas company says that there will be no distribution…