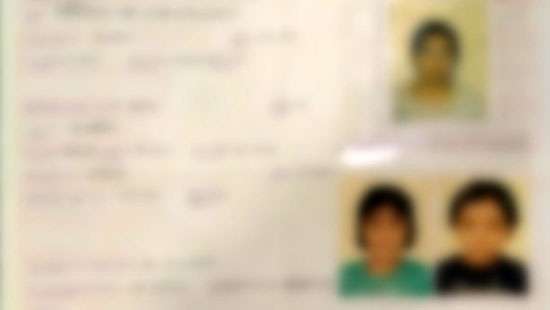 Five Sri Lankans who attempted to leave for Italy using forged visas have been arrested at the Bandaranaike International Airport (BIA) departure lounge by the  Immigration and Emigration Department officers.

A 45-year-old woman from Marawila came to the airport last night along with her 14 and 18-year-old daughters to leave for Italy via Doha, Qatar.

Due to suspicions pertaining to their visa documents, the woman and her daughters were detained by the immigration officials.

Later, another family of four, also from Marawila, came to the airport and were attempting to leave for Italy via Dubai, UAE.

Due to suspicions over the 35-year-old mother’s travel documents, the woman was also detained.

A 46-year-old woman from Puttalam who was also set to leave for Italy via Dubai has also been detained due to suspected forgery in her travel document.

The immigration officers revealed that they had attempted to flee to Italy due to the current economic crisis in Sri Lanka using forged travel documents.

Investigations revealed that the group had travelled to Italy earlier as well assisted by a person in Mannar to obtain the forged visa to travel this time around. (T.K.G. Kapila)