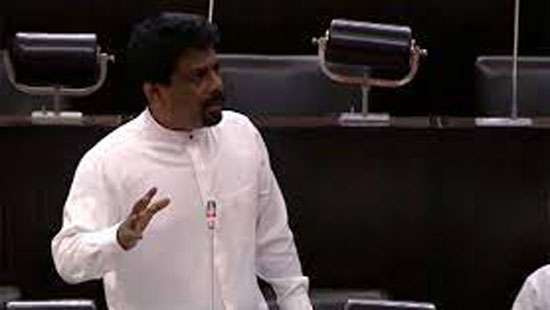 The National People’s Power (NPP) MP Anura Kumara Dissanayake said today that they were not prepared to accept any proposal such as an interim government unless President Gotabaya Rajapaksa resigns from being the President.

He told Parliament that any proposal that are being made while President Rajapaksa in power, would not alleviate people’s violent protests, as one of the key demands of the people was President to quit from the post.

He said none of the proposals made by the President was effective in resolving the burning issues of the people and added that people strongly demand that the President should “go home”.

“Resigning from the Cabinet or forming an interim government were not the solutions to the current issues,” he said.

MP Dissanayake said they were ready to make proposals or accept any mechanism proposed to resolve the crisis on condition that the President should resign from the post in the first place. (Ajith Siriwardana and Yohan Perera)