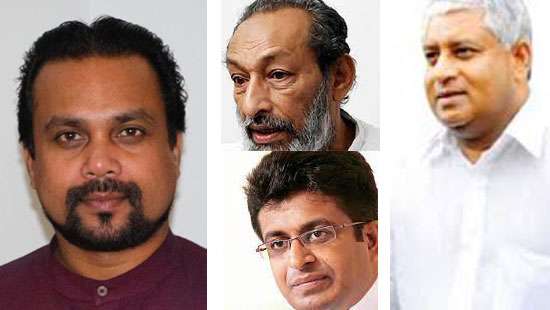 seminar critical of the current state of affairs. Afterwards, Nanayakkara also decided to keep away from ministerial duties in protest.

Weerawansa told Daily Mirror that the president asked them to re-join the government but they had expressed their reservations to do so unless an interim administration was formed in consultation with all the parties.

He said he, along with others, said the same during yesterday’s meeting with Prime Minister Mahinda Rajapaksa. Weerawansa was the Industry Minister and Gammanpila was the Energy Minister. (KELUM BANDARA)