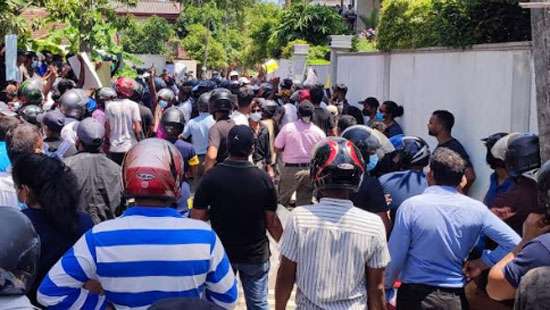 Almost all government MPs have protestors gathered outside their houses today, irrespective of which district they reside in as public anger rises calling on the government to go home.

Some of the notable MPs who have large protestors gathered outside their houses are Ramesh Pathirana, Janaka Tennekoon, Kanchana Wijesekara, Nimal Lanza and Shasheendra Rajapaksa.

Protestors are calling on the MPs to resign immediately. (JH) 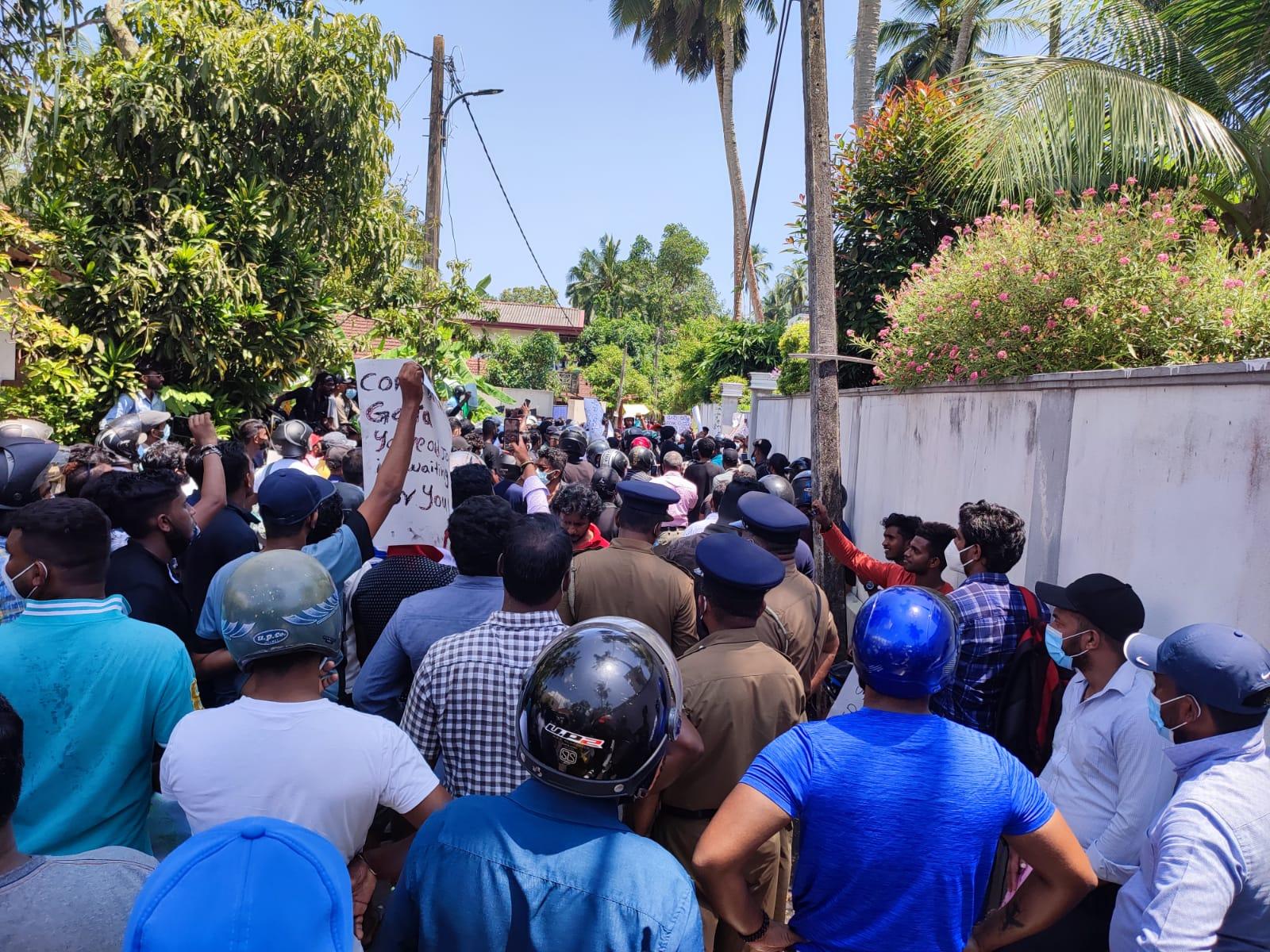