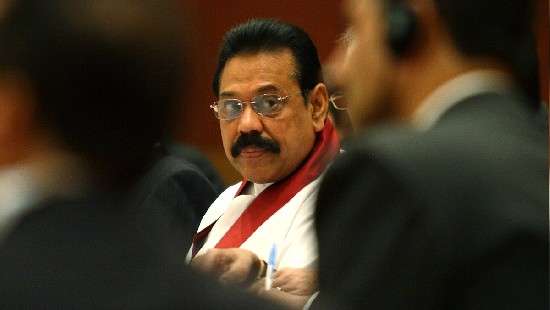 Prime Minister Mahinda Rajapaksa is likely to step down from his position in the coming hours after both he and President Gotabaya Rajapaksa has agreed to form an All Party interim government, the Daily Mirror learns.

Following a meeting with the 11 party alliance members, a proposal had been submitted by the members that an all party interim government should be formed immediately with a new Prime Minister to ensure political stability in the country.

Both Mahinda and Gotabaya had given a favorable response with sources stating that Mahinda had agreed to step down for a new SLPP MP to be appointed to the Premiership to ensure immediate political stability.

Sources said that the name of Dinesh Gunwawardena had been proposed as the new Prime Minister but this was yet to be confirmed.

From the main opposition SJB side, the name of Harsha De Silva has been proposed as the new Finance Minister to replace Basil Rajapaksa. (JAMILA HUSAIN)