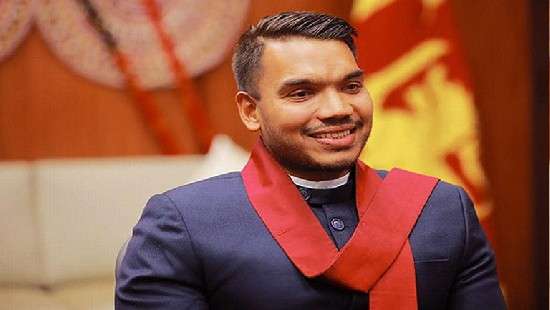 Minister of Sports and Youth Affairs, Namal Rajapaksa today said he is ready to sacrifice his portfolios for political unity if Parliament approves to appoint a caretaker government in the coming days.

When questioned on the latest decisions made by the government amidst the ongoing crisis, Namal told Daily Mirror this was not a time to go in for an election but instead if a caretaker government is appointed then he will step down and pave way for political unity within the political parties.

Following increasing calls by the SLFP and the eleven party alliance members for a caretaker government to be formed immediately, the Daily Mirror learns that the matter is now being discussed.

Namal said the need of the hour was immediate economic unity and while the matters of the fuel shortage, power crisis and gas shortage was being urgently resolved, political unity was also required to move the country ahead.

“Keeping this in mind I will step down from all my portfolios if a caretaker government is formed for political unity,” he said.  (JAMILA HUSAIN)