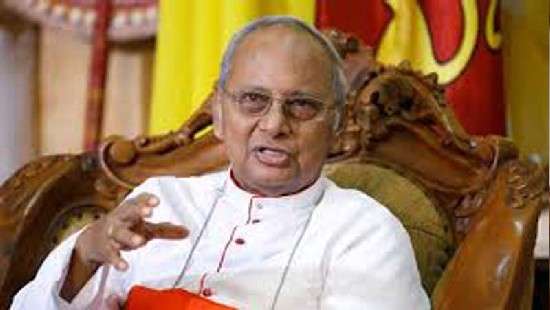 Archbishop of Colombo Cardinal Malclom Ranjith today called for change in the political system rather than changing people as a solution to the current crisis which Sri Lanka is  faced with.

“Changing people who hold high positions would not be a solution as it has already been proved this is not worthwhile,” Cardinal told a press conference.

“The system under which all powers are vested with a single individual has to be done away with while legal immunity of those who hold high positions in the government also should be changed. Close associates and relatives of politicians who hold high positions in the state institutions should be removed immediately. State institutions should be reformed with the advice of experts in various spheres,” he said.

“People in our country. They are in queues today and are unable to obtain essential goods and services. The Catholic Church stands up with those who are suffering. Selling off public assets takes place secretly even during the present difficult period. Associates of a few politicians are engaged in earning in a selfish manner. Therefore the rulers of this country should work towards giving relief to the people. One should not conclude that the people’s struggle is a conspiracy of extremists. Such action will further aggravate the situation,” he added. (Yohan Perera)