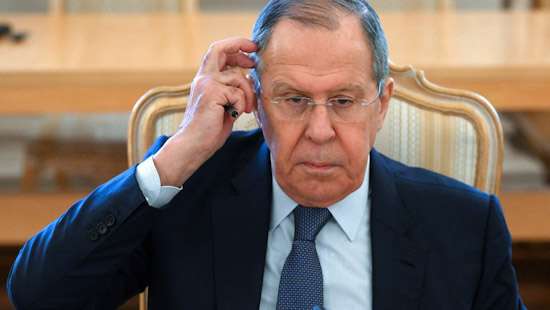 Russian Foreign Minister Sergei Lavrov will visit Delhi this week for official meetings, as the war in Ukraine completes one month, sources confirmed.

The visit, the first by a senior Russian official since President Vladimir Putin declared war on the neighbouring country, comes amidst a flurry of trips by several leaders from the Western-backed sanctions regime, seeking a shift in India's position, which has not criticised Moscow for the invasion.

Mr. Lavrov's visit is expected to focus on strategic issues resulting from the war, as well as specific discussions on purchasing Russian oil, payment mechanisms, given sanctions against Russian banks and exclusion from the SWIFT, and possible disruptions in the supply of military hardware.

The Modi government indicated in Parliament last week that it is considering offers of discounted Russian oil and a special inter-ministerial group headed by the Finance Ministry is looking into the payments issues for Indian importers and exporters that arise from the war and Western sanctions. (The Hindu)