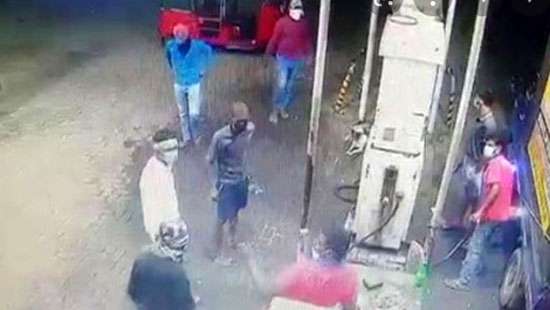 Two suspects including the son of former notorious underworld gangster “Soththi Upali” have been arrested by the STF in connection with the recent robbery at a filling station in Nawala area.

A group on unidentified men wielding swords attacked the filling station employees on March 18 and robbed over Rs. 250,000 in cash.

The STF said that a team led by CI Nadika Silva on the instructions of STF Commanding Officer Waruna Jayasundara commenced investigation to arrest the suspects over the attack.

Accordingly, the STF arrested two suspects aged 27 and 29, who were from Borella and Colombo.

It was revealed that one of the suspects, is the son of “Soththi Upali,”one of the well-known underworld gangsters in Sri Lanka who was  gunned down in 1998 at Bokundara.

The arrested duo was handed over to the Mirihana Police Station for further investigations.