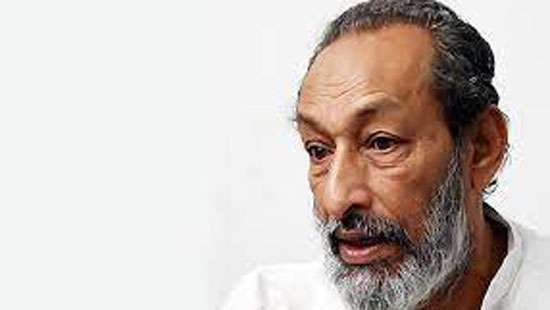 Minister Vasudeva Nanayakkara today told Parliament that he is still a member of the government though he is keeping away from his ministry.

“We are still in the government and we will request the President to allow us to remain as independent Members within the government if the need arises but we will not join the opposition,” Mr. Nanayakkara said.

“We are not prepared to join the present dirty opposition,” he added.

Mr. Nanayakkara came out with these remarks as response to questions raised by the members of Samagi Jana Balawegaya after he raised objections against the new regulations imposed under the Land Development Ordinance which was taken up for debate today. (Yohan Perera and Ajith Siriwardana)