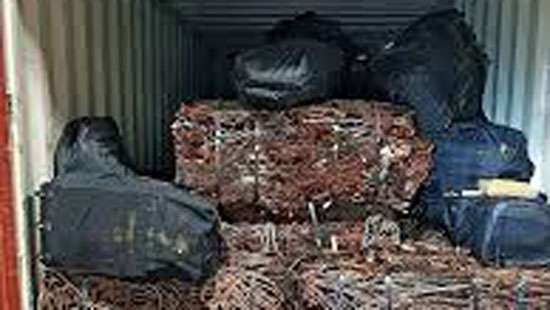 He said four containers, including the cocaine container, were loaded into a ship in Panama in South America to reach India via Belgium and Saudi Arabia and Sri Lanka, he said.

“The container was seized following a tip-off received from the customs intelligence unit. The goods in the containers were declared as scrap metal, “he said.

After the customs investigations, the contraband of cocaine was handed over to the Police Narcotic Bureau (PNB), Silva added. (Chaturanga Samarawickrama)