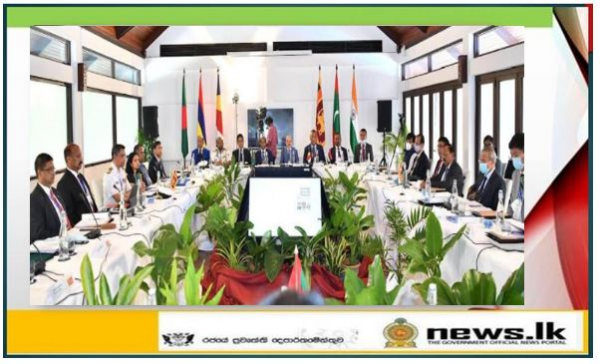 Addressing the meeting, General Kamal Gunaratne reaffirmed Sri Lanka’s commitment to the Colombo Security Conclave and the intention to actively spearhead in pursuing the common grounds. Sri Lanka will host the Permanent Secretariat of the Conclave.
The key areas of cooperation were identified during the meeting to enhance and strengthen regional security in the following five pillars:

The Member states agreed upon a roadmap for further cooperation and collaboration on these pillars of cooperation. The roadmap will facilitate robust mechanisms for coordinated responses capacity building and strengthening information flow between member states. As maritime neighbours facing similar threats, the Member States of the Conclave reaffirmed their commitment to engage in consistent joint efforts to achieve regional peace and security.