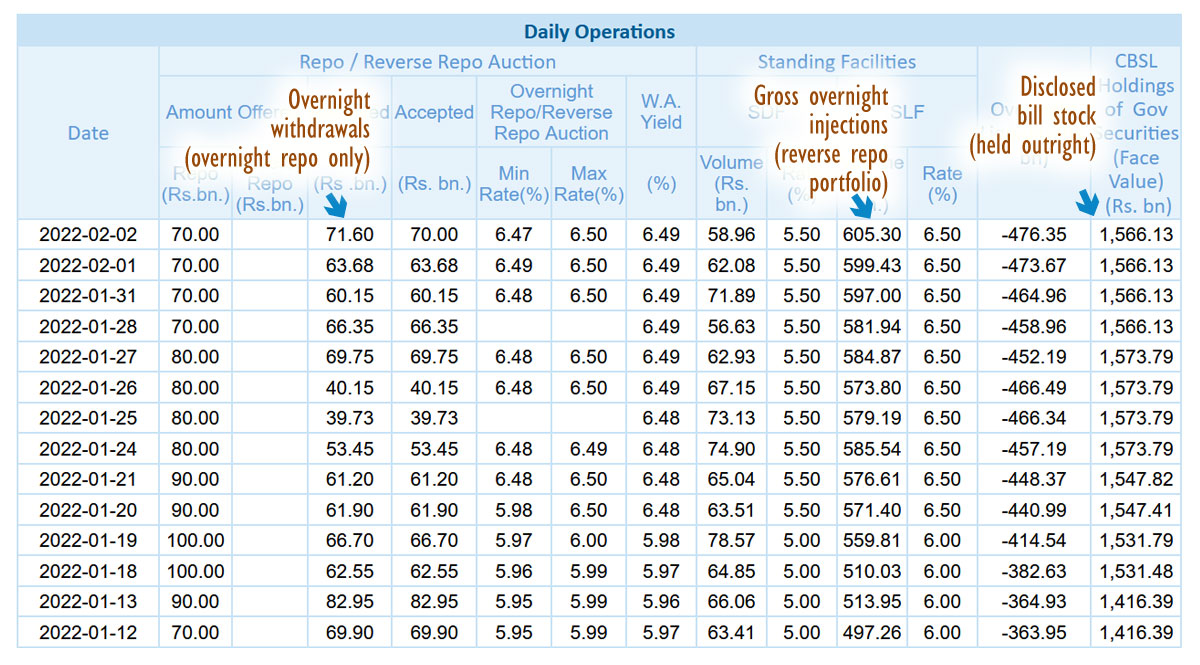 The estimated Treasury bill stock of the central bank after overnight repo withdrawals is estimated around 2.2 trillion rupees by February 03.

Excess liquidity is deposited at the central bank’s overnight window clean. Such deposits were around 58 billion rupees.

However reserve money grew to 1335 billion rupees by January 2021 compared to 1,299 billion rupees on December 31 with full accommodation of prices in the economy at negative real rate of 6.5 percent

In January inflation rose to 14.1 percent, faster than the rate of the State Bank of Pakistan, a frequent IMF customer.

Broad money has been growing at high rates for two years and in January.

Analysts have urged for rates to be hiked, reserve sales for imports to be halted (suspension of convertibility or a float) to allow imports to be matched to inflows.

There have been calls to give more reserves from import including from some who had called for a float of the currency. (Colombo/Feb03/2021)