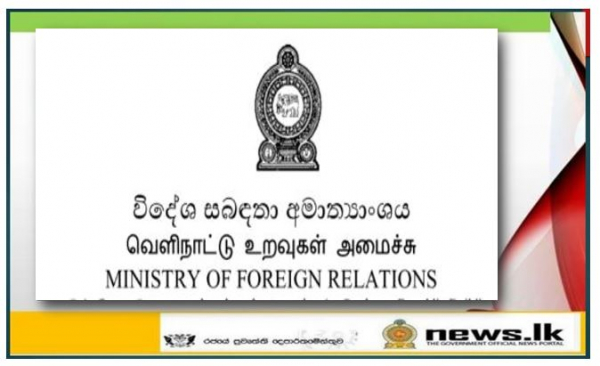 It is now conveniently located right opposite the Eglinton subway station, significantly improving ease of access. Any patron who requires the services of the Consulate can now arrive without ever leaving the TTC service route and consequent exposure to the elements during the harsh winter months will be minimal. Also, the Consulate is well-equipped to serve many clients simultaneously in a very spacious and comfortable setting.

Following the move, the Consulate General of Sri Lanka formally re-opened for service to the general public on 1st of December 2021, with a customary opening ceremony celebrating the traditions and norms of the major ethic groups of Sri Lanka: Sinhalese, Tamil, Muslim and Malay. To this effect, many members of these communities residing in Toronto participated in the opening ceremony in symbolic solidarity.

On behaklf iof the Sri Lanknan community in Toronto, Kapila Jayaweera in his address touched on the many advantages offered by the new location. A prominent member of the community, Kula Sellathurai, who worked closely with the Consulate, expressed hearty praise to the Consul General, Kapila Jayaweera and to all those involved for making this move a comprehensive success and was optimistic and confident about the future contribution of the Consulate and its officers.

There was much merriment and optimism, amidst the serving of traditional milk rice, masala tea, sweet-meats and other traditional delicacies. Many of those who participated admired the new environment that they were greeted with, which highlights sentiments of all aspects of Sri Lankan culture and heritage.