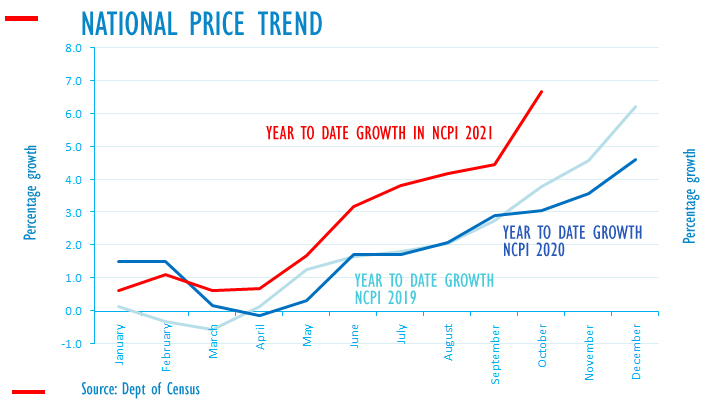 Sri Lanka has been printing large volumes of money for over two years and in September 2021, the reserve ratio was doubled to 4.0 percent and the entire increase was also printed in an extraordinary move.

Economists and the media had been warning Sri Lanka’s central bank that money printing creates forex shortage in an unstable peg or ‘flexible exchange rate’ and eventually high inflation especially when the policy of the anchor currency is also bad.

The central bank started its currency bout of inflationary policy around August 2019 buying bonds through open market operations and sharply ratcheted up money printing around February 2020, triggering a 6 billion US dollar balance of payment deficit.

The 12-month inflation in October 2021 is the highest since the 8.4 percent recorded in April 2017, when Sri Lanka was recovering from a currency crisis and money printing bout in 2015/2016.

Sri Lanka has been running into currency crisis in close succession under ‘flexible inflation targeting’ operated by keeping a call money rate low with liquidity injections despite operating an unstable peg or flexible exchange rate, critics have said.

Though the money printing central bank was set up in 1950 supposedly to have ‘independent monetary policy’ officials regularly blame global commodity prices when the Fed runs loose policy, while domestic inflation is amplified by currency depreciation and low rates. (Colombo/Nov23/2021)