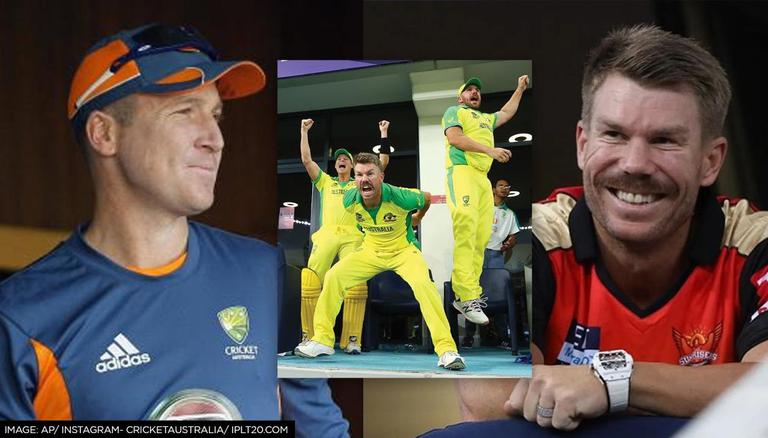 Courtesy of the brilliant display of batting by opener David Warner and allrounder Mitchell Marsh, Australia went on to win the elusive ICC title. For his brilliant batting throughout the T20 World Cup, David Warner was adjudged man of the tournament. Following this, fans and David Warner’s wife Candice took a dig at the SunRisers Hyderabad who had dropped the Australian opener from the team and handed over the captaincy to Kane Williamson in the IPL 2021.

Now, SunRisers Hyderabad (SRH) Assistant Coach Brad Haddin opened up on the decision to leave out David Warner from the playing XI in the IPL.

Speaking at The Grade Cricketer, Brad Haddin revealed that the decision to drop Warner was not a ‘cricket’ decision and things were out of control even from the coaches’ hands hinting that the decision might have ben taken by the SRH owners.

“It wasn’t a cricket decision that he was not playing. I think one thing you got to realise with Davey (Warner) is he wasn’t out of form, he was out of match practice. They had a long break through COVID, didn’t go to West Indies or Bangladesh but he turned up in a really good headspace,” said Haddin.

“He was hitting the ball well and circumstances was out of all our controls even the coaching staff for some reason he didn’t play. It wasn’t because he was out of form all he needed was some match time. He just needed some time to spend in the middle to get back into rhythm of the game again. As the tournament went on you seen his class,” Haddin further stated. (Republic News)