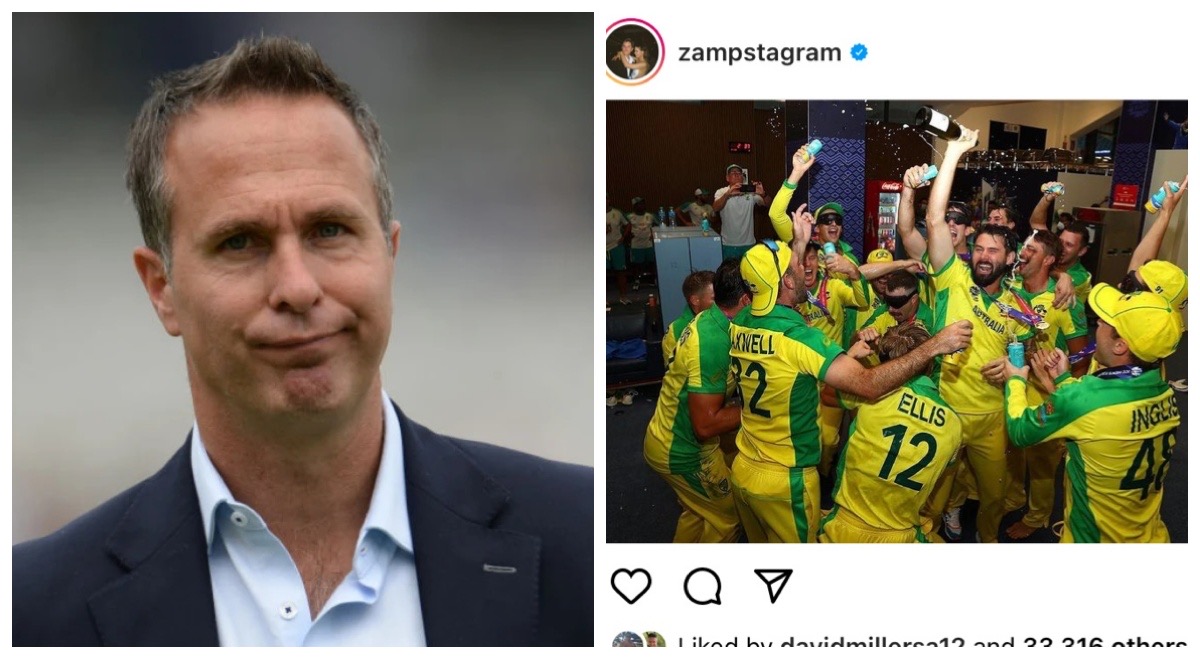 Australian leg-spinner Adam Zampa has taken a funny dig at former England captain Michael Vaughan, who had not given the Kangaroos much of a chance to win the T20 World Cup 2021. Australia defeated New Zealand to win their maiden T20 World Cup trophy in Dubai on Nov 14.

Michael Vaughan had predicted that Australia is not the favorites to win the tournament which began on October 24. The Aaron Finch-led side was coming off a T20I series loss to Bangladesh and West Indies away from home. They were grouped with South Africa, England, Sri Lanka, Bangladesh, and West Indies.

“I’ll say it now, I don’t give Australia much chance. In T20 cricket they’ve struggled. Glenn Maxwell’s exceptional so he will have to have an incredible tournament. But I don’t see the Aussies doing too much. England, India, West Indies, New Zealand, one of those four and maybe Pakistan because of the conditions,” Vaughan had said on BBC Test Match special.

Well, Vaughan’s home team England lost to New Zealand in the semi-finals, while Australia defeated Pakistan to reach the summit clash in Dubai. In a dominating performance, thanks to half-centuries from David Warner and Mitchell Marsh, Australia chased down 172 runs with ease with 8 wickets in hand and 7 balls to spare.

Taking a dig at what Vaughan had said about the Australian team’s chances in T20 World Cup, Adam Zampa shared a photo of the Kangaroos celebrating their win in the dressing room and captioned the post with Vaughan’s words and lots of smiley faces and winking emojis.

“I’ll say it now, I don’t give Australia much chance. In t20 cricket they have struggled. I don’t see Australia doing too much. England, India, West Indies, New Zealand, Maybe Pakistan?”