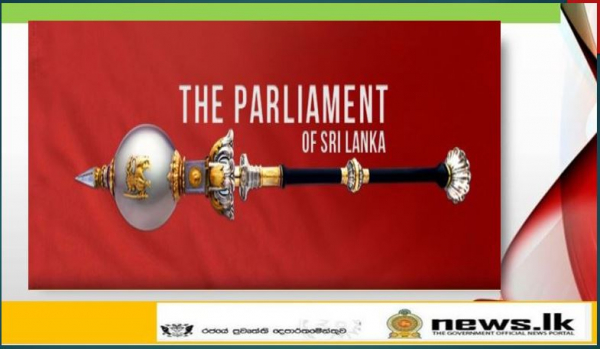 The Annual Action Plan of the National Audit Office for the year 2022 was approved by the Committee on Public Finance yesterday (13).
The Committee met under the chairmanship of Hon. Anura Priyadharshana Yapa, Member of Parliament.

In terms of Section 35 of the Audit Act No. 19 of 2018, the proposed work program of the Auditor General for the coming year should be submitted.
This Annual Work Program is presented to inform Parliament of the audit functions, including financial publication audits, performance audits, which are planned to be carried out in the year 2022 in relation to public institutions falling under the purview of the Auditor General.

It was also disclosed at the Committee on Public Finance that the sector wise public institutions audited by the Auditor General counts as 2024 institutions. Within four days of the presentation of the Budget in accordance with Standing Order 121 (5) of Parliament, following the second reading of the Appropriation Bill, a report on the taxation, financial and economic assumptions used as the basis for approaching total expenditure and revenue shall be submitted to Parliament; the current status of its presentation was also discussed at the Committee.

A discussion regarding the submission by the Committee on Public Finance report on the estimates, including whether the allocation will be in line with government policy within six weeks of the introduction of the Appropriation Bill was also taken into discussion.

The Committee also approved the regulations imposed by the Minister of Finance under Section 20, Sub-section (1) of Section 4 (1) of the Imports and Exports (Control) Act No. 1 of 1969, which should be read in conjunction with Sub-section 6.

Hon. State Minister Susil Premajayantha, Vidura Wickramanayaka, Isuru Dodangoda, Anupa Pasqual and several other Members also participated in this Committee Meeting. Government officials from several institutions including the Ministry of Finance and the Treasury were also present at the occasion.