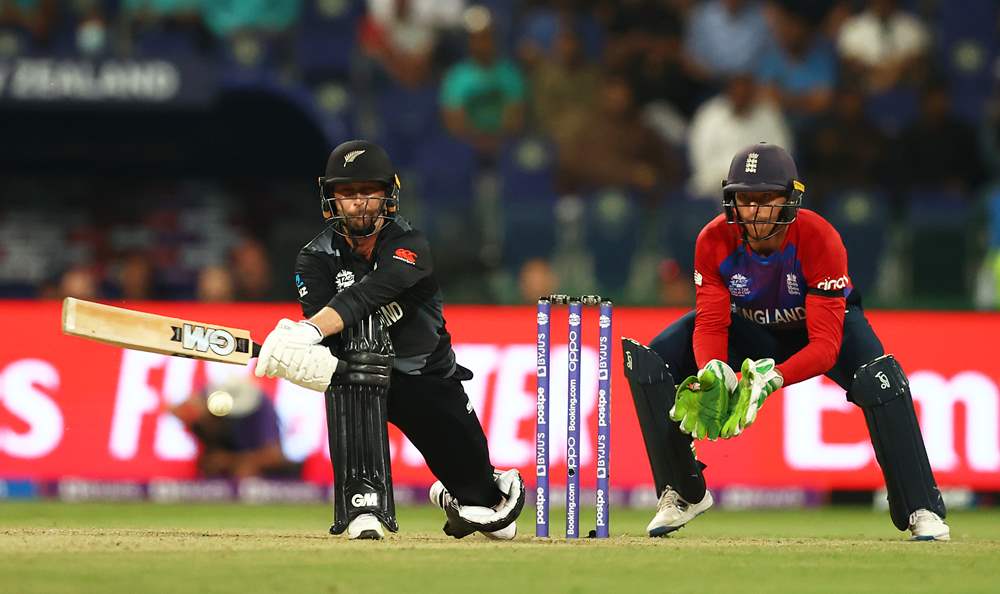 BLACKCAPS batsman Devon Conway has been ruled out of the ICC T20 World Cup Final and following tour to India with a broken right hand.

Conway sustained the injury when he struck his bat immediately after being dismissed in last night’s semi-final win over England in Abu Dhabi – with an X-ray today confirming a break to his right hand fifth Metacarpal.

Coach Gary Stead said Conway was devastated by the news.

“He’s absolutely gutted to be ruled out like this at this time,” Stead said.

“Devon is hugely passionate about playing for the BLACKCAPS and no one is more disappointed at the moment than he is – so we’re really trying to rally around him.

“It looked a pretty innocuous reactionary incident on the field, but the blow obviously caught the bat between the glove padding and while it’s not the smartest thing he’s done there’s certainly an element of bad luck in the injury.

“Devon is a great team-man and a very popular member of the side so we’re all feeling for him.

“He’s determined to support the team in anyway he can for the remainder of the tour before he returns home to recover.

“Due to the timelines we won’t be bringing in a replacement player for this World Cup or next week’s T20 series against India, but are working through our options for the Test series later this month.”