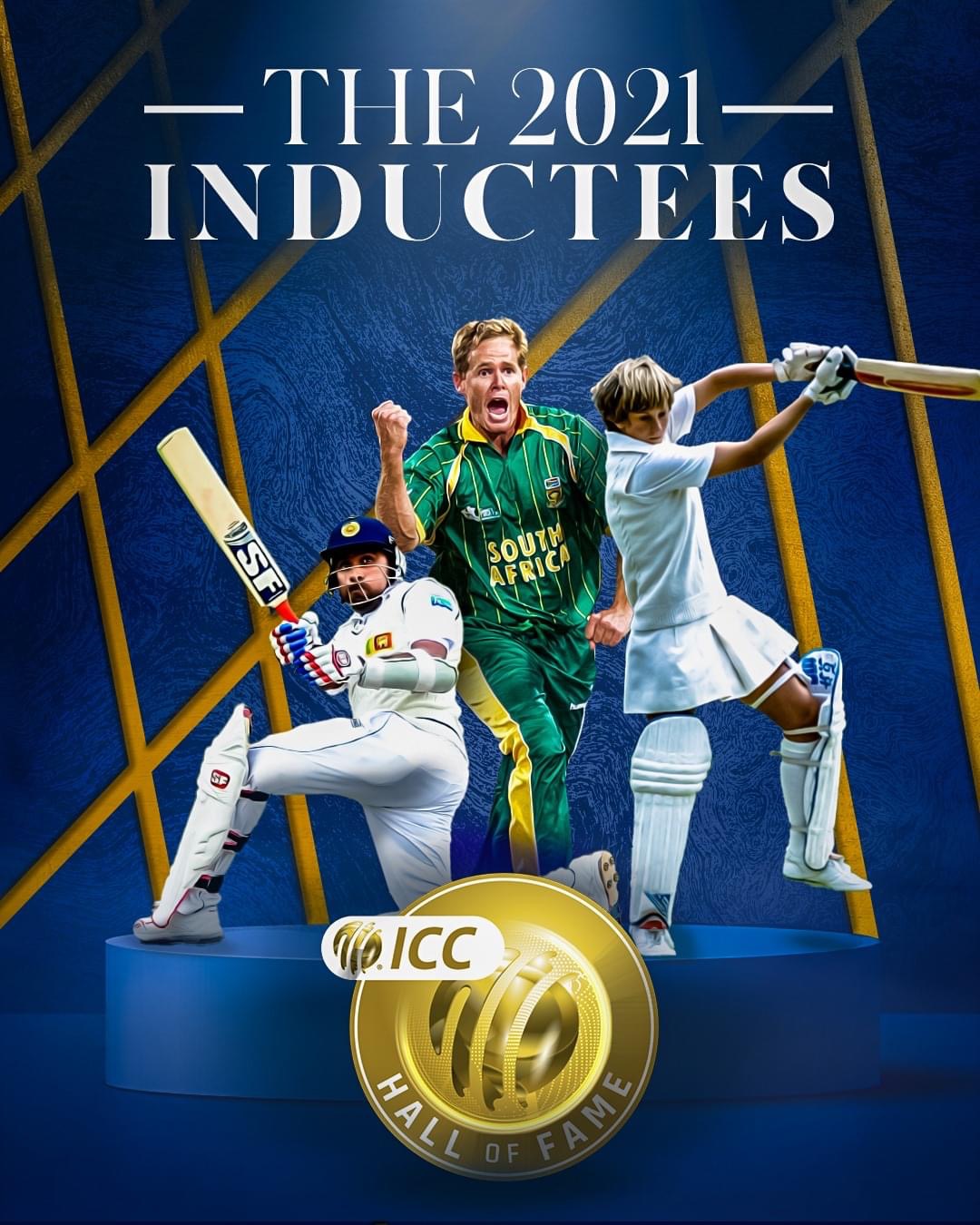 Sri Lanka legend Mahela Jayawardena, England’s Janette Brittin and South Africa’s Shaun Pollock and have been added to the ICC Hall of Fame.

A classy right-hander who scored runs relentlessly and captained his nation superbly, Jayawardena’s 149 Tests are the most by a Sri Lankan, as are his 448 ODIs (12,650 runs at 33.37, 19 centuries) where globally only Tendulkar (463) played more matches.

He is Test cricket’s ninth greatest run-scorer with 11,814 to his name at an average of 49.84, making the sixth most Test centuries in the format’s history. Among his 34 centuries is the famous 374 – Test cricket’s fourth-highest score – he made in the midst of a record-setting 624-run stand with close friend Kumar Sangakkara against South Africa in 2006.

A two-time Cricket World Cup runner-up, Jayawardena made a dashing 103 in the final of 2011.

Denied men’s ODI cricket’s most cherished trophy twice, he was also part of the Sri Lankan sides that finished second in the 2009 and 2012 T20 World Cups. In 2014 he finally got his hands on some long-awaited silverware, carried off the field on the shoulders of his teammates as he won the T20 World Cup final in his last appearance in the format.

He bowed out of international cricket the following year at the end of Sri Lanka’s Cricket World Cup 2015 campaign.

England’s Brittin, who played 27 Tests and 63 ODIs for England between 1979 and 1998, is among the greatest batters to have played women’s cricket.

She was similarly dominant in ODIs, making 2121 runs at an average of 42.42 with five centuries across 63 ODIs and was part of England’s World Cup-winning side in 1993. She made 48 opening the batting against New Zealand in the final of that tournament and was the top run-scorer in the competition with 410 at an average of 51.25.

Sadly, Brittin passed away from cancer at the age of 58 in 2017. She is the 31st England player to join the Hall of Fame.

An all-rounder in the truest sense of the word, Pollock scored 7386 runs and took 829 wickets in international cricket.

The son of former South Africa Peter Pollock and nephew of ICC Hall of Famer Graeme Pollock, Shaun Pollock went on to play 108 Tests, 303 ODIs and 12 T20Is across 13 years after making his Test debut in 1995 against England.

It was with the ball that Pollock was truly special, but as a batter he stood out as well, managing three centuries in total. Two of those hundreds came in Test cricket, in which he made 3781 runs at an average of 32.31 with a further 16 half-centuries to boot.

His tally of 829 international wickets is the seventh most of all time but to truly appreciate the greatness of Pollock is to recognise his ability with bat and ball.

Few have ever been as complete a player. Testament to that fact is that among players to have taken more than 400 Test wickets, only Kapil Dev (434 wickets, 5248 runs) scored more runs than Pollock’s 3781.