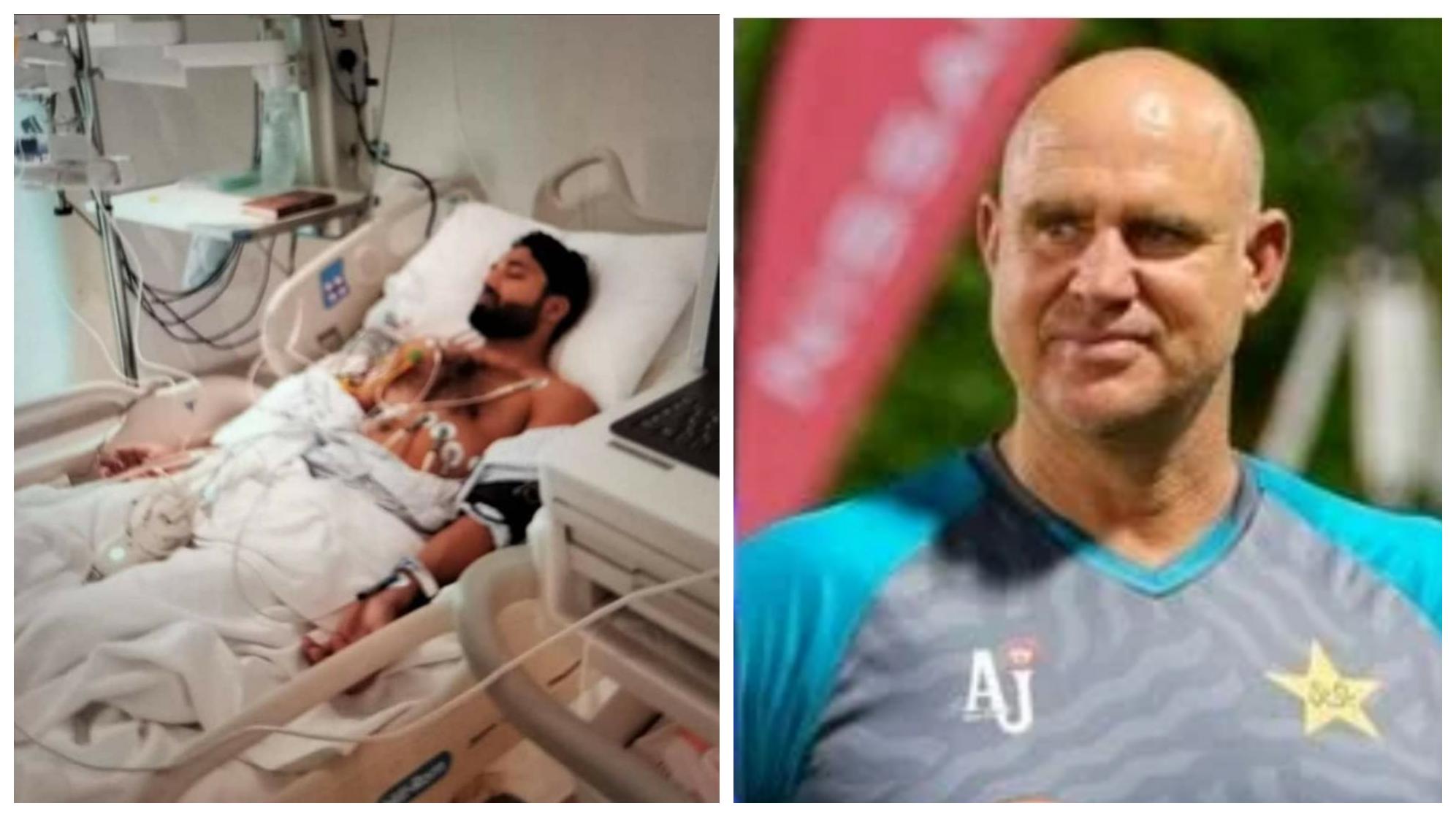 Pakistan opener Mohammad Rizwan played a sensational innings of 67 in a high-pressure semi-final against Australia in Dubai.

Ahead of the semi-final, Rizwan’s availability for the big game against Australia was in doubt due to illness.

Thankfully for Pakistan, he was declared fit and made a massive impact after being put in to bat first by Aaron Finch.

After the innings, Matthew Hayden revealed just how special a performance it was from Rizwan.

“Rizwan, you probably didn’t know was actually in hospital just a night ago suffering with some sort of lung condition. This is a warrior,” Hayden said.

“He has been brilliant through it (the campaign) and he’s got great courage, as has Babar. Fantastic tonight from him.”

Rizwan struggled initially to find his touch, but Babar Azam at the other end kept the scoreboard ticking. Soon, Rizwan got going after smacking Josh Hazlewood for a six in the fourth over.

Once Azam was dismissed, he ensured that he bated as deep into the innings as possible, keeping one end tight till the 18th over. Thanks to some fireworks from Fakhar Zaman in the end, Pakistan set a target of 177 for Australia to chase down.

Playing in the first ICC semi-final of his career, Rizwan made his night even more memorable. En route his 67, he also became the first player in the history of the game to score 1000 T20I runs in a calendar year.

He also broke the record England’s Jos Buttler had just set for the most runs by a keeper in a Men’s T20 World Cup. Buttler, who broke Craig Kieswetter’s record from 2010 in this year’s edition, had scored 269 runs to his name before England crashed out last night in the semi-finals.

Rizwan now has 281 and is only behind his fellow opener Azam for most runs in this year’s T20 World Cup. (ICC)

Mohammad Rizwan in hospital the night before the match against Australia. He had developed a severe chest infection and spent 2 nights in the ICU #T20WorldCup #PAKvAUS pic.twitter.com/E7qbcxdJmg

Pakistan team doctor regarding Mohammad Rizwan's recovery from a severe chest infection which caused him to spend 2 nights in hospital “We can see his grit, determination and tenacity to perform for his country and we all saw how he played today” #T20WorldCup #PAkvAUS