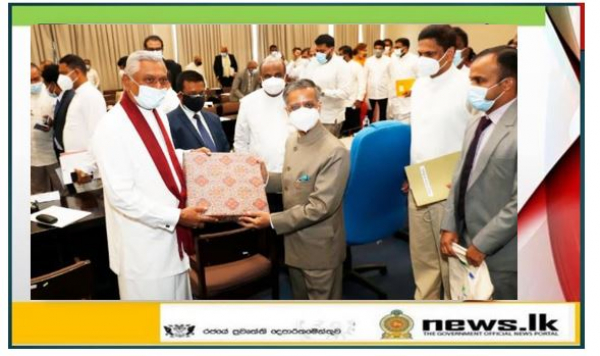 The meeting was held under the patronage of Hon. Speaker Mahinda Yapa Abeywardena. H.E. Gopal Baglay, High Commissioner for India in Sri Lanka, participated in the meeting as the special guest of honour. More than 100 Members of Parliament and included several

Addressing the meeting, the Hon. Speaker said that the Indo-Sri Lanka relations reflects the closeness between Sri Lanka and India not only in geography but also in political, economic and cultural links stretching back thousands of years in history. The Hon. Speaker extended his sincere gratitude to India for the assistance extended to Sri Lanka in continuing supply of Corona Virus Vaccine to Sri Lanka.

Congratulating the the President and office bearers on their membership of the Association, H.E. Gopal Baglay, High Commissioner for India in Sri Lanka expressed confidence that the establishment of the Association would reinvigorate Parliamentary exchanges and interactions between the two democracies. Furthermore, the High Commissioner stated that this would further aid in strengthening the multi-faceted bilateral relationship between the two nations in six areas including fostering sharing of democratic values, cooperation in combating common challenges, enhancing people-to-people connectivity, encouraging greater economic engagement, strengthening the cultural connect and sharing the fruits of development partnership.