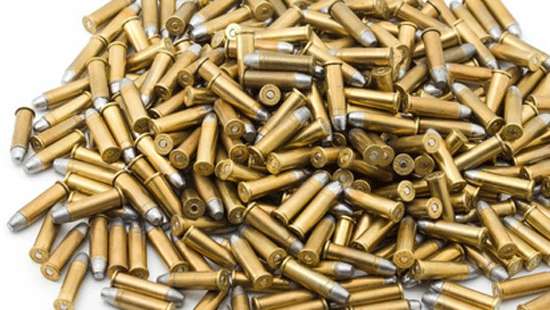 A cache of live ammunition was recovered in a land belonging to the Elpitiya District Judge in Baddegama.

Police said 45 rounds of 9mm ammunition, 13 rounds of 38mm, 7 rounds of No. 12 ammunition and four empty shells were found in a bag.

They said the ammunition was recovered after two rusty bombs were found in the same land earlier.

Accordingly, a team of officers from the Rathgama STF camp who conducted a search operation in the land on Friday evening found the ammunition.