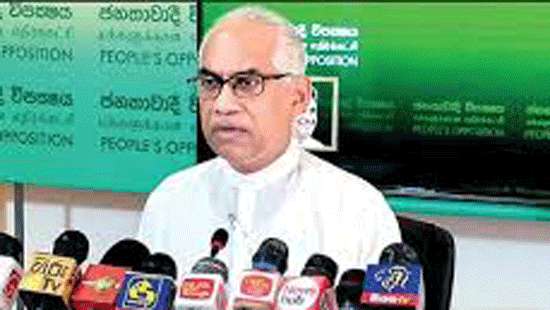 The budget has failed to introduce a solution to the mounting Dollar crisis which would badly hit Sri Lanka in the first quarter of 2022, SJB MP Eran Wickrameratne said.

Commenting on the budget he said, the Dollar crisis was a serious issue where imports such as fuel and medicine would be badly hit and said no proposal has been made in the budget to address this issue.

“The Government is not in a position to obtain foreign loans as Sri Lanka has been downgraded in credit ratings. The other option is to promote exports. The Government should provide technology and find foreign market opportunities for small and medium scale entrepreneurs to promote exports. No proposal has been made in the budget in that direction.

The third option is to obtain Foreign Direct Investment (FDI). “Obstacles in motivating FDIs should be removed. It has not been focused on in the budget,” he said and added that it was unfortunate that the budget has failed to introduce any proposal to address this Dollar crisis. (Ajith Siriwardana and Yohan Perera)