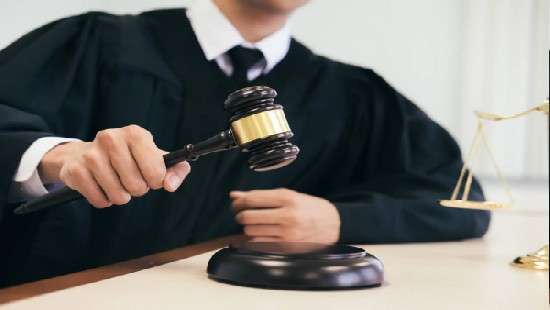 Pin
Share With Your Friends!
FacebookTwitterWhatsAppMessengerRedditLinkedInCopyShare
The Attorney General today sought a fuller bench comprising five judges or more than five judges of Supreme Court to hear several Fundamental Rights petitions filed challenging the agreements on Yugadanavi power plant.
Additional Solicitor General Farzana Jameel appearing for the Attorney General sought an order in terms of the Article 132(3) of the constitution comprising five judges or more judges of the Supreme Court to hear these petitions, taking into account the national importance of these petitions.
Accordingly, Supreme Court three-judge-bench comprising Justice Buwaneka Aluwihare, Justice A.H.M.D. Nawaz and Justice Mahinda Samayawardena decided to refer the request for the attention of the Chief Justice.
The Supreme Court fixed the petitions for support on November 26.
Meanwhile, the Additional Solicitor General informed Supreme Court that she is expecting to file limited objections against the petitions.
Samagi Jana Balawegaya General Secretary Ranjith Maddumabandara, Janatha Vimukthi Peramuna (JVP) former Parliamentarians Sunil Hadunneththi and Wasantha Samarasinghe, Colombo Archbishop Malcolm Cardinal Ranjith and  Ven. Elle Gunawansa Thera have already filed Fundamental Rights petitions challenging the agreements entered between the Government of Sri Lanka and New Fortress Energy Inc in relation to the sale of 40% of the shares of Yugadanavi power plant in Kerawalapitiya to a US company.
The petitioners had named Prime Minister Mahinda Rajapaksa, the Cabinet of Ministers, New Fortress Energy Inc, West Coast Power (Private) Limited, Ceylon Electricity Board, Attorney General and several others as respondents in the petition.
The petitioners said on 7th of July 2021, the framework agreement was signed between the government of Sri Lanka and New Fortress Energy Inc for the disposal of 40% of the total shares held at West Coast Power (Private) Limited by Yugadanavi (Pvt) Ltd.
The petitioners further said agreements had been further entered for the execution of the Terminal Project which includes Floating Storage Regasification Unit (FSRU), Mooring system and the Pipelines, and the supply of Liquefied Natural Gas (LNG) to West Coast Power (Pvt) Ltd.
The Petitioners state that to the best of their knowledge, the Share Sales and Purchase Agreement (SSPA) pertaining for the sale of 40% of the shares in West Coast Power (Pvt) Ltd. and the Gas Supply Agreements have not been placed before the Cabinet of Ministers to date.
The Petitioners state that bundling the contracts for the Liquefied Natural Gas (LNG) terminal, construction of pipelines and Liquefied Natural Gas (LNG) supply in a single unsolicited proposal and awarding them to a foreign based company, without following a transparent procedure is an enormous threat to the national energy security.
They further said the proposal to purchase 40% of the shares in the West Coast Power (Private) Limited is contrary to the National Energy Policy and Strategies. (Lakmal Sooriyagoda)
Share With Your Friends!
FacebookTwitterWhatsAppMessengerRedditLinkedInCopyShare